Victims of identities and arguments over privilege

Mark Milke outlines some of the pitfalls of the concept of “white privilege” in his new book, The Victim Cult. 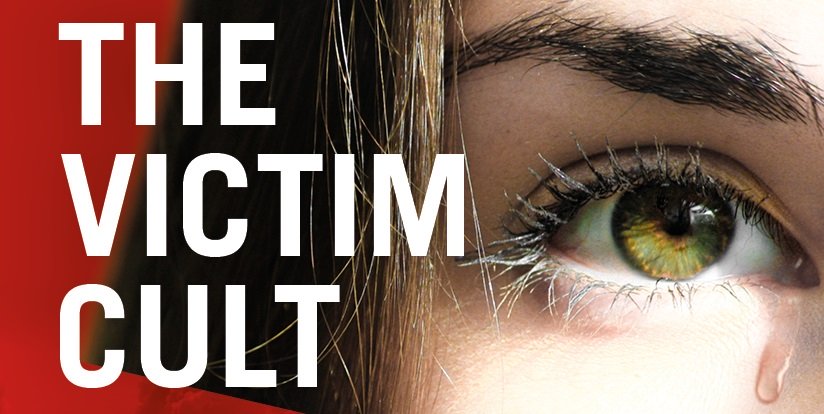 “I have unfairly benefitted from the colour of my skin. White privilege is not acceptable.”—Gold River, British Columbia, School District Superintendent Theresa Downs

Regression on race and reawakening of oppression?

Modern-day Americans and Canadians, or newer immigrants who arrive   in the same, could be forgiven for thinking their countries are unredeemed bastions of prejudice. Plenty of academics, politicians, and headline writers seem to think so, especially with the notion of “white privilege,” the idea that skin colour—race—is quasi-deterministic for employment, incomes, and much else, as if little had changed since in the middle of the last century.

“White privilege” was an academic theory that originated in the mid-1980s with a then-unknown Massachusetts academic who had an awakening of sorts. Peggy McIntosh, a professor at Wellesley College, later wrote of how her encounters with men unaware they possessed privilege based on their gender, led to her subsequent discovery: “After I realized the extent to which men work from a base of unacknowledged privilege, I understood that much of their oppressiveness was unconscious,” she wrote in a short essay in 1989 titled “White Privilege: Unpacking the Invisible Knapsack.” As McIntosh described it, she then realized her own blind spot: race. “Then I remembered the frequent charges from women of color that white women whom they encounter are oppressive. My schooling gave me no training in seeing myself as an oppressor, as an unfairly advantaged person, or as a participant in a damaged culture.”

The concept is now part of a 21st-century victim narrative with identity politics at its core: You are a beneficiary or a victim of your race. Your identity, most often defined by race, but also gender or ethnicity, is thus deterministic in its effect upon income and wealth. As with other illiberal theories, Canadian academics follow American leads and the theory is now standard fare north of the 49th parallel. In 2018, Toronto’s Ryerson University hosted a “white privilege” conference and defined the concept as a “socio-political system that distributes power, privilege and benefits unequally among groups in societies and countries in our world.” (Note the academic notion that economies are static and “distributed.”) Those wishing to study, lecture, and write on the subject can choose from multiple websites, analytic “tools,” seed projects, and annual conferences dedicated to exploring the phenomenon. They can ponder white privilege at conferences that align with their preferred academic getaway: mountain towns such as Colorado Springs or desert cities such as Mesa, Arizona; historic Philadelphia or St. Louis, Missouri; or one abutting the Great Lakes’ location of Cedar Rapids, Michigan. At one conference, written about later by a participant sympathetic to the notion that white privilege in the 21st century is real, he admitted to cringing, this after one seminar leader at a white privilege conference declared that “Racism is a white creation.” Even the sympathetic attendee understood history is full of racists of every pigmentation.

The privilege theory is analytically weak, based as it is in assumed correlation–causation links now confounded by massive wealth creation and immigration that has washed previous effects of privilege out to sea, and brought in subsequent data on incomes that often contradict what McIntosh claims: That skin colour matters in the modern economy. The theory also ignores earlier, already-underway improvements and, critically, other data that defeat the claim: socioeconomic outcomes for black Americans already rising before the civil rights era, and data for comparable family units that show an absence of any legacy effect.

Dealing with the American reality first, economist Thomas Sowell notes how some claims that tightly link even America’s slaveholding past to economic outcomes today are not supported by the historical data. If the charge is that institutionalized racism from slavery’s era yet has economic consequences a century and a half later, there are apple-to-apple comparisons that contradict that assumed link. They include intact two-parent families and vastly improved educational outcomes before institutional denials of civil rights were substantively dealt with and removed starting in the 1960s, and a decline in such measurements after the civil rights movement was successful. In one example, 31% of black children were born to unmarried women in the early 1930s, but that proportion rose to 77% by the early 1990s. “If unwed childbirth was a ‘legacy of slavery,’” wrote Sowell in 2011, “why was it so much less common among blacks who were two generations closer to the era of slavery?”

Another example: In 1899, just one generation after the abolition of slavery, three of four public schools in Washington, D.C., were white and one was black. In standardized tests, “students in the black school averaged higher test scores than students in two of the three white schools.” The same school showed similar, superior results until the early 1950s, when newer educational reforms, and not racism, hollowed out the school’s unique advantages.

The argument against the chronic victim-cult assumptions found in race and ethnic issues is thus what another economist, Shelby Steele points out: It is not that America (or Canada, for Canadians) is perfect. Instead, what a country owes its citizens are not guaranteed outcomes but instead liberalism and a free society. Steele thinks it impossible for the state to guarantee a nation free of all bigotry, but the state can certainly be “free of all illegal discrimination.” That has now been delivered with legal reforms in the 1950s and 1960s. For Steele, the problem is guilt over the past, which prevents a clear view of how far America advanced. Steele regularly encounters this notion that the United States is “structurally” racist and possessed of hidden discrimination.

Steele was exposed to just such a view at the Aspen Institute mid-decade. There, Steele argued in a speech that in the 1950s and 1960s, equality of opportunity for the individual was the needed critical advance, and it had been, and that modern race preferences were illiberal. For good measure, Steele opined that the post-1960s proliferation of identity politics had created a grievance culture just as America was “at last beginning to free up minorities as individual citizens who could pursue their own happiness to the limits of their abilities.”

One day later, the moderator approached him along with a fidgety, young white man who wanted to speak to the audience about Steele’s speech the previous day. In the spirit of debate, Steele said “yes,” whereupon the young graduate student proceeded to warn the audience against Steele’s “false consolation,” that “racism, discrimination and inequality were still alive—still great barriers to black advancement.” A young, white college student  with little experience thus warned the audience against a black professional who faced severe racism and discrimination decades before.