The police officer, who signed the search warrant to effectively arrest the pregnant Australian mother for a Facebook post allegedly organizing a lockdown protest, is the very same officer who used a lawyer as an informant on her own clients. 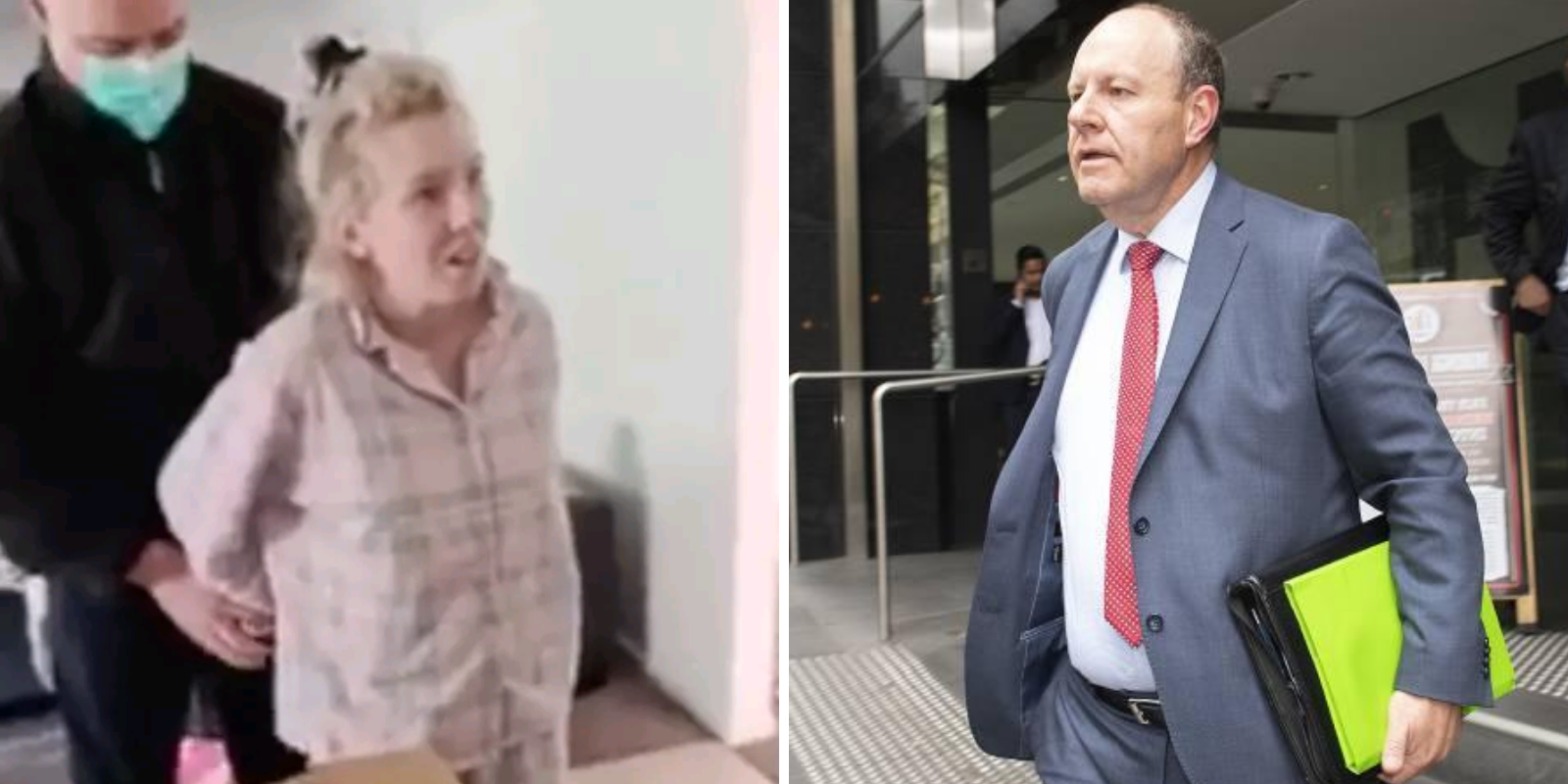 The police officer who signed the search warrant that led to the arrest of a pregnant Australian mother for a Facebook post allegedly organizing a lockdown protest is the very same officer who used a lawyer as an informant on her own clients.

Zoe Buhler, 28, was recently arrested in her pajamas and restrained her in front of her two children watching.

As the arresting officers entered her Miners Rest home, Buhler declared: "You can show me your search warrant before you go through my house."

Officers then informed her that she was under arrest "in relation to incitement." This over a Facebook event Buhler had organized to protest the ongoing lockdowns in Victoria.

Though the peaceful Freedom Day Ballarat protest Buhler scheduled on Facebook for Saturday, Sept. 5, intended to follow all social distancing measures, the Victoria Police considered the assembly a "blatant breach" of the Chief Health Officer's directions.

On the search warrant, Detective Tim Argall's name was typed under "warrant authorities." Buhler's mobile device was seized, resulting in her being charged with the "offence of incitement."

Buhler's brother told The Post Millennial that "Zoe is just happy that now she has said what 90 percent of Victorians are scared to say."

Argall, the cop in question, had admitted to sexual relations in 1997 with a lawyer who doubled as a police informant. Argall remains employed by Victoria Police as a senior sergeant.

First TV contributor Sydney Watson broke the story: "But let me reiterate—Victoria police used a lawyer as an informant to gain info about her clients. And somehow, nobody is calling out how corrupt this force is."

The Ballarat policeman reportedly sought legal advice from Gobbo when a colleague of his, detective Paul Dale, was charged with the burglary of a drug house that was the target of a surveillance operation by his squad in 2003.

Argall stated that he socialized with her in later years during regular visits at Melbourne Magistrates' Court, meeting for drinks and dinner on occasion sometimes at each other's homes.

"There was an occasion in about 1997 where you had an episode of physical intimacy with her, if we can put it that way?" asked counsel assisting Chris Winneke in a disposition noted in the minutes.

"Yes... I don't think it was after court. There was probably some other contact or arrangement to catch up and it eventuated from that," responded Argall.

ABC News reported that Argall even invited Gobbo to a police ball while he was working for the homicide squad in 2002 and after that "she would invite herself."

Last year's public inquiry investigated Gobbo's actions for relinquishing intelligence on the state's criminal underbelly and the Victoria Police, who first registered her as a source in 1995 with Argall's name on the hiring paperwork when Gobbo was just a law student and "genuinely" wanted to "assist police."

The scandal had called into question the convictions of numerous notorious gangland figures, many of whom she represented, and the compromise of protection by lawyer-client privilege.

During media coverage of the legal affair over the past two years, Gobbo's identity was subjected to a suppression order. She was referred to as "Lawyer X" or code-named "Human Source number 3838."

In December 2018, the Premier of Victoria Daniel Andrews ordered the Royal Commission into the Management of Police Informants, examining the extent to which criminal cases may have been affected by Gobbo's conduct.

The Royal Commission was due to report its findings in July of last year. However, in May, the Commission received $20 million in additional funding and a twelve-month extension to July 2020.

The Post Millennial reached out to Argall at the Victoria Police for comment but have not heard back by the time of publication.