“No! Listen to me, I don’t care how tired you are! Could you imagine if somebody asked me a question like that about my job?,” says Rogan. 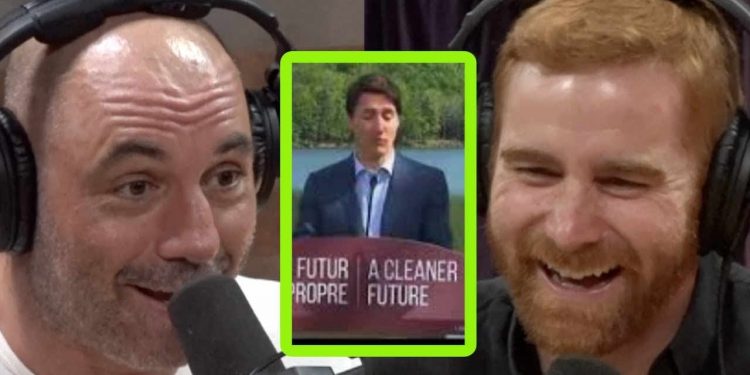 The content of this article contains some profanity not suitable for all viewers.

A recent episode of the extremely popular podcast The Joe Rogan Experience features a segment in which he and stand-up comedian guest Andrew Santino tear into the Canadian Prime Minister’s infamous “paper water bottle” comment.

“What did he do, put it up his butt?” asked Joe Rogan.

“Justin Trudeau is asked about how he and his family are doing a better job at not using plastics and his response is so f*cking awful,” said Santino.

In the episode, which was viewed nearly a quarter of a million times, the clip of Justin Trudeau stuttering through his response to a reporter’s question about his family’s plastic use provokes podcast host Rogan to shout “you’re fired!” at the Prime Minister.

“No! Listen to me, I don’t care how tired you are! Could you imagine if somebody asked me a question like that about my job?” says Rogan.

The clip which was taken shortly after Trudeau announced that his government would ban single use plastics in Canada by 2021.