"I believe in doing the right thing even if it’s not the popular thing. I now realize it’s really important for me to speak up," Silverman wrote in an Instagram post. 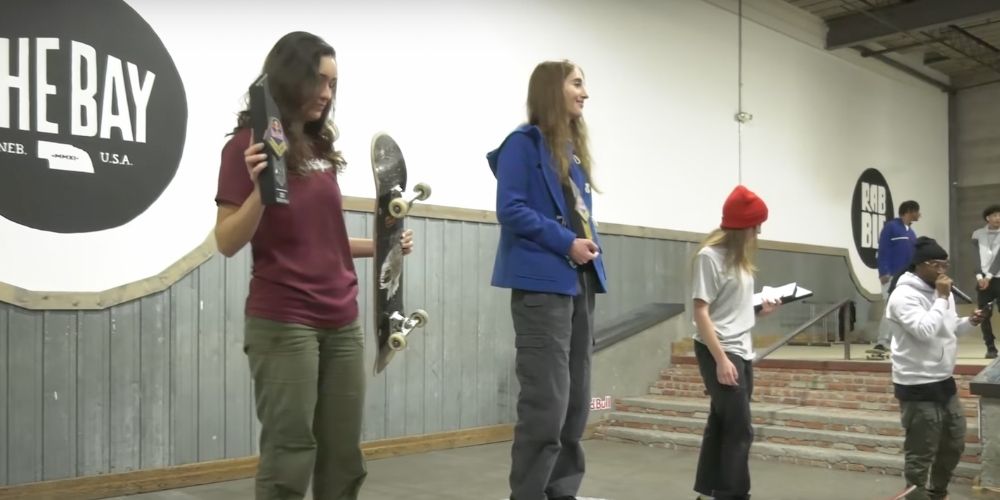 Gallagher took first place in the series, winning $5,000 in the process.

The video shows Gallagher beaming atop the podium, with Silverman standing beside in second place.

While the skate series wrapped up late last year, Silverman said she chose to speak up now.

"I understand that in todays society even some women think this is acceptable, but I believe in doing the right thing even if it’s not the popular thing," Silverman said in an email to Red Bull Senior Sports Marketing Manager Erich Dummer.

"I now realize it’s really important for me to speak up and I’d like to schedule a time to talk."

"The girl who deserved $1,000 for best trick took nothing along with whoever would have placed third," Silverman said.

"I deserve to place first, be acknowledged for my win, and get paid. I reached out to Redbull and was ignored. I am sick of being bullied into silence," Silverman said.

In the email, Silverman said "A biological man with a clear advantage won the women’s division, best trick, and also won multiple qualifiers. This took away the opportunity that was meant for women to place and earn money. What happened was unfair and at the time I was too uncomfortable to speak up."

Many of those commenting on her post took issue with her stance on trans men competing against women and told the female skater to get better at skating. Some commented in support.

"Good for you for speaking out! So many incredible athletes are being unfairly disadvantaged and it needs to stop," one Instagram user wrote.

"Man these comments are so wild. I wish all sports organizations would completely eliminate gendered leagues, just for one year. All sports and are open to anyone, and only the best compete, and watch as men destroy every 'there’s no biological advantage' argument ever made," another wrote.

Comments of disgust spilled over to other posts on Silverman’s page, including one photo with the Western Wall in Israel.

Numerous commenters wrote "Free Palestine," while another wrote, "transphobic AND a zionist…girl this hole gets deeper."