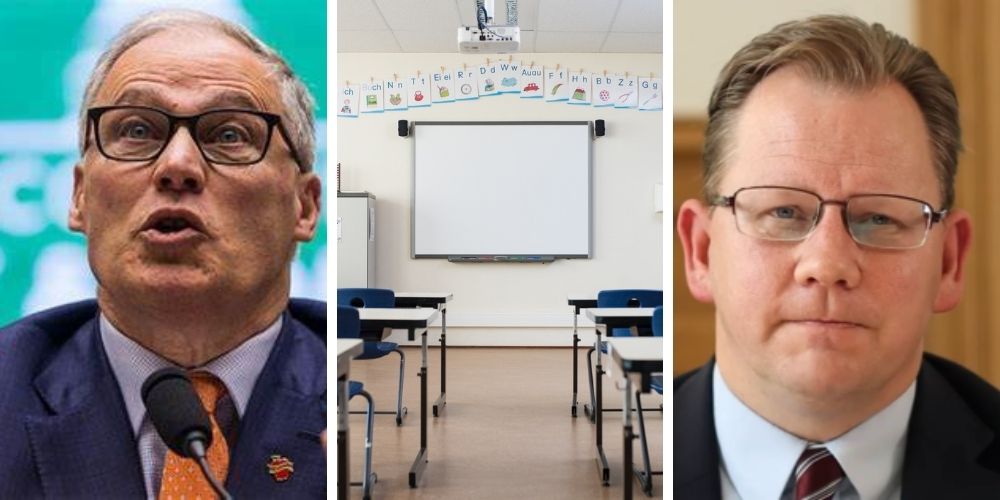 Public school enrollment in Washington state continues to decrease below previous forecasts as parents reject activist-driven and hyper-sexualized curriculum, failing test scores, and remote learning and worry about the COVID-19 vaccine being mandated as a requirement of attendance.

According to the February 2022 Forecast Comparison to November 2021 Forecast by Program Area distributed by staff for the Washington State Caseload Forecast Council, K-12 enrollment in public schools is projected to be below 2016 levels. The 2020-2021 school year saw over 40,000 students leave the system, while forecasting showed the loss of over another 1,400 students for 2021-2022.

Parents told The Post Millennial that their reasons for leaving the district for other options included lack of in-person instruction and the low quality of education offered online.

Many other parents cited radical curriculum as the reason for the exodus. A parent who wished to remain anonymous told The Post Millennial, "I did not realize what my kids were being taught until I had to listen to it every day in my living room."

Forecast council staff also said they assumed that the kids who left the public schools are not coming back. Yet Democrats in the state legislature pushed bills to allocating an additional $644 million to schools, as if they are still serving the missing students.

It was not all bad news. According to the Caseload Forecast Council Draft for February, "Charter school enrollment is forecasted to continue to grow in 2021-22 and 2022-23 as the currently established and new charters expand grade levels served." Additionally, the homeschooling population doubled last year in the state, and many were eventually absorbed by the private schools and enrollment at private schools increased. According to the staff, children, if successful in their new education environment, will likely remain.

When asked about giving "…parents the right to use tax dollars designated for their child’s education to send their child to the public or private school which best serves their needs," 71 percent supported the idea with just below 50 percent stating "strong" support. Only 26 percent opposed the idea with 19 percent of those strongly opposing the idea.

Liv Finne, Center for Education Director at WPC said, "These results show that parents and grandparents are demanding a flexible, student-centered school system where the priority is the education of the child, not the state monopoly system."

Since COVID-19 shutdowns of schools began in 2020, 18 states have already expanded school choice options for students.

Complicating matters in Washington, the state's Board of Health is considering mandating the COVID-19 vaccine as a requirement for the state's list of required immunizations for child care and school entry (chapter 246-105 WAC).

Members of the TAG voted that the criterion was met for Criteria #5 that "...the vaccine containing the antigen prevents disease(s) that has significant morbidity and/or mortality in at least some sub-set of the population."

They also voted that criterion was met for Criteria #6 that "...the disease reduces the risk of person-to-person transmission, with transmission in a school or childcare setting or activity being given the highest priority."

This despite Center for Disease Control and Prevention Director Rochelle Walensky acknowledging in January that COVID-19 vaccines are no longer effective at preventing transmission of the virus.

Multiple parents have told The Post Millennial that if the vaccine is mandated in order for students to attend school "that will be the last straw," and they would pull their kids out and either homeschool them or send them to private school. Others said they would leave the state entirely.

In Seattle, the district that spent the most out of the public school districts in the state on education per student, 57 percent of students failed in math, while 40 percent failed in English.

In August, Seattle Public Schools knew they had lost so many students that the district begged for parents to re-enroll their children.

Despite millions of dollars being funneled into the district as part of the American Rescue Plan and other COVID-19 era bailouts, lower costs of operating the schools due to almost no in-person learning or programs from March of 2020 - April of 2021, and limited in-person activities through the end of the 2020-2021 school year during the coronavirus pandemic, the SPS had a budget shortfall.

SPS tweeted to parents: "Next school year, Seattle Public Schools will have a $69.8 million budget shortfall. While next year’s budget reductions will be challenging, more significant shortfalls are projected beginning in 2022-23."

The tweet linked to a document on the SPS website outlining the budgetary challenges facing the district.

Sources within multiple school districts told The Post Millennial in August that final enrollment is not reconciled until later in the school year, around November/December. The source alleged that students who leave the districts are kept on the rolls because various sources of federal, state and local funding are tied to enrollment.

Washington state is not alone in the declining enrollment, public schools across the country have seen similar declines.