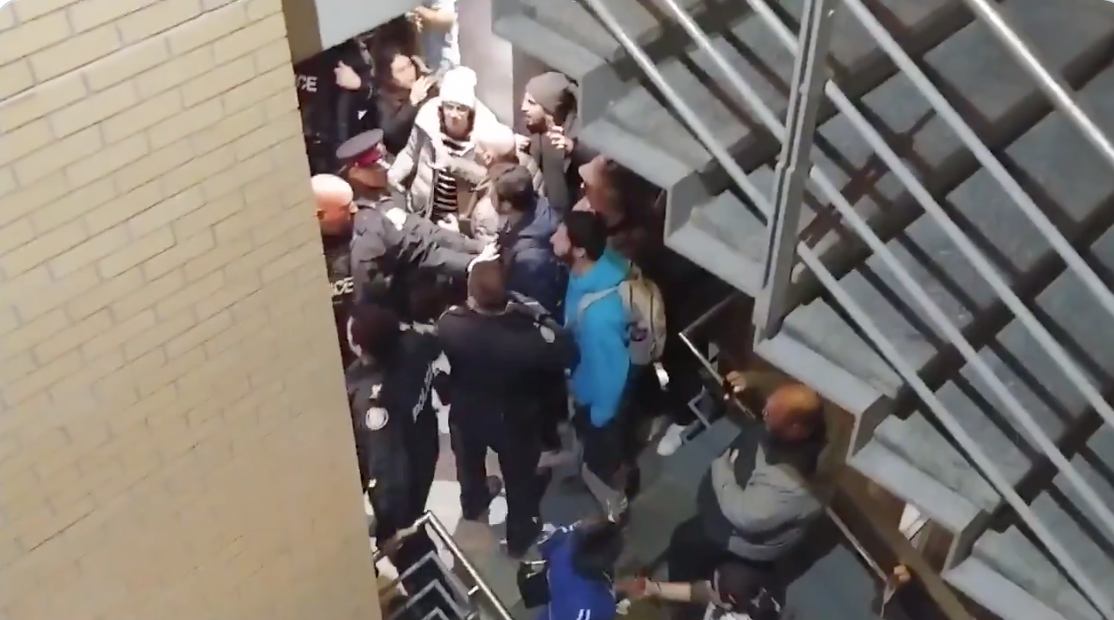 Wednesday night at York University in Toronto, members of the group Students Against Israeli Apartheid (SAIA) assaulted Jewish students attempting to attend a pro-Israel event at the university.

A group of Israeli Defence Forces (IDF) reservists came to York to speak to students and the public about their experiences in the army. This simple act caused the anti-Israel group on campus to conduct a “no killers on campus” campaign in which they not only disrupted the event but attempted to smear the reputation of multiple IDF soldiers by photoshopping them into violent situations.

Many protestors yelling in the hallways to “Free, Free Palestine” physically attacked ethnically Jewish people despite stating to be only against the Israeli government.

There were also loud chants of “Viva, Viva Intifada,” which is regularly referred to as calls for uprising and violence, notably seen on two occasions Israel in the multiple terror attacks committed by Palestinians against Israelis.

Among the chanting protestors was Holocaust denier Nazih Khatatba, who has in the past glorified the 2014 massacre at the Jerusalem synagogue and considers Judaism a “terrorist religion.” It is not known whether or not Mr. Khatatba was specifically invited or not at this time.

Despite the breakout of violence, police and campus security were on scene to quickly end the assault and send away the violent protests to avoid any serious injury.

Some members and allies of SAIA, including a former NDP candidate in the recent federal election, telegraphed their aggressive actions against the IDF event on Twitter positioning themselves against even the platforming for a reservist for an intellectual discussion.

The SAIA has, in the past, been involved in many controversial events, including a recent talk where they implied that Israelis are involved in actions equivalent to the Holocaust. Connecting the Jewish state specifically to a genocide mainly against the Jewish people.

The International Holocaust Remembrance Alliance (IHRA)’s definition of anti-Semitism categorizes “drawing comparisons of contemporary Israeli policy to that of the Nazis” as meeting the threshold of being considered anti-Semitic.