The Post Millennial's editor-at-large, Andy Ngo, shared video of the protests in Portland, Oregon on Thursday night that show protestors and members of Antifa attempting to burn down a federal courthouse. 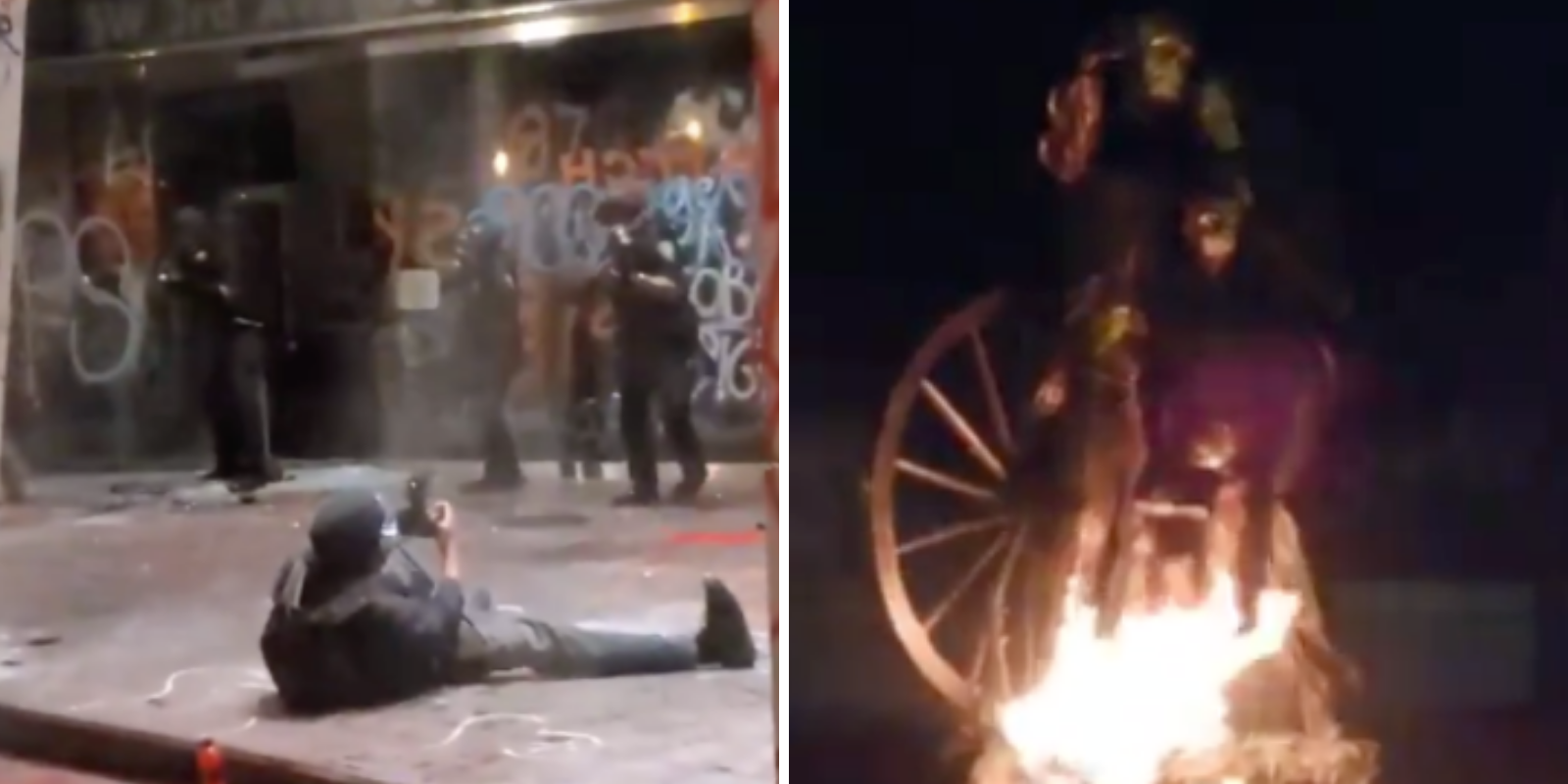 The Post Millennial's editor-at-large, Andy Ngo, shared video of the protests in Portland, Oregon on Thursday night that show protestors and members of Antifa attempting to burn down a federal courthouse.

The courthouse had to be protected by US Marshalls following reports that protestors lit a bonfire underneath a historic Elk statue on Wednesday night and also ripped off wooden boards that has been covering the buildings windows to protect them from shattering. The boards were later used as firewood.

Portland police released a statement that read: "An open pocket knife was thrown at an officer, coming within inches from striking them. Demonstrators continued to throw large rocks and full cans, as well as shot off commercial grade fireworks towards officers."

Portland Police deemed last night's protests to be a riot for the second time in the last three days.

"Law enforcement in downtown Portland have been under attack for hours at the federal courthouse by antifa extremists. They hurl projectile weapons at police & when officers respond, go on social media tagging politicians & lawyers claiming police brutality" tweeted Andy Ngo.

Finally, Ngo shared photographs from Friday that show the aftermath of Thursday's riot, Ngo tweeted, "Written outside the boarded-up Multnomah County Courthouse in downtown Portland: “Your legal system is a fraud” and “F— your colonizer legal bullshit.” This area of downtown has been the main gathering place of Antifa to attack courthouses & the police central precinct."