A student with Down syndrome scored a dramatic buzzer-beating three-point shot this past week inspiring his school, province and country. 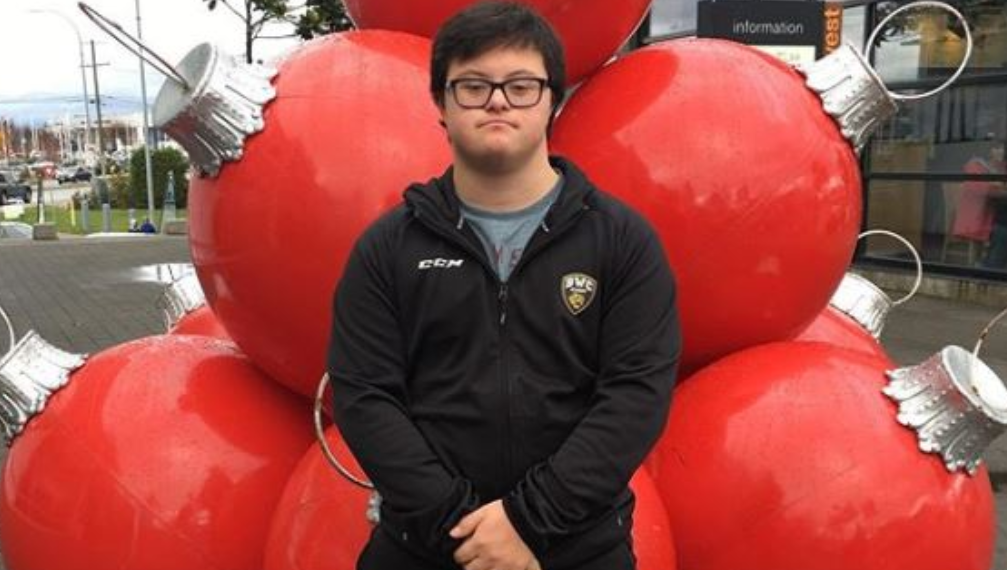 A student with Down syndrome scored a dramatic buzzer-beating three-point shot this past week inspiring his school, province and country.

“He’s got an incredible spirit about him. He’s so positive. Just an awesome, awesome kid.” That’s what Greg Schellenberg, Director of Athletics at Heritage Woods had to say about Reid Demelo following the annual Kodiak Klassic tournament according to City News1130.

The Kodiak Klassic took place in Port Moody, B.C. this past Thursday with the championship game finishing out with the Heritage Woods Kodiaks getting the best of the Kitsilano Blue Demons.

The moment that made this game special was that the final basket was scored by a kid who wasn’t even on the team. With two minutes left in the game, the entire gymnasium began to chant, “We want Reid, we want Reid. And it’s deafening, you can’t ignore it.”  said Shellenberg.

Coach Schellenberg walked over to the other team’s bench and asked the rival Blue Demons coach if he could sub in Reid Demelo, a Heritage Woods student with Down syndrome and a loyal fan of all the school’s various sports clubs.

The other coach agreed and with thirty-seconds left Reid was subbed in. Demelo wasted no time barrelling down the court before getting a pass and shooting from behind the three-point line to sink a perfect shot after the buzzer. The post on social media shows the gymnasium going into “absolute mayhem.” It was a great day for sportsmanship and the power of inclusivity.