WATCH: Biden claims he was 'sort of raised in the Puerto Rican community' in Delaware

“I come from the little state of Delaware,” Biden began, informing the crowd that there was a Puerto Rican population there. “So I was sort of raised in the Puerto Rican community at home, politically.” 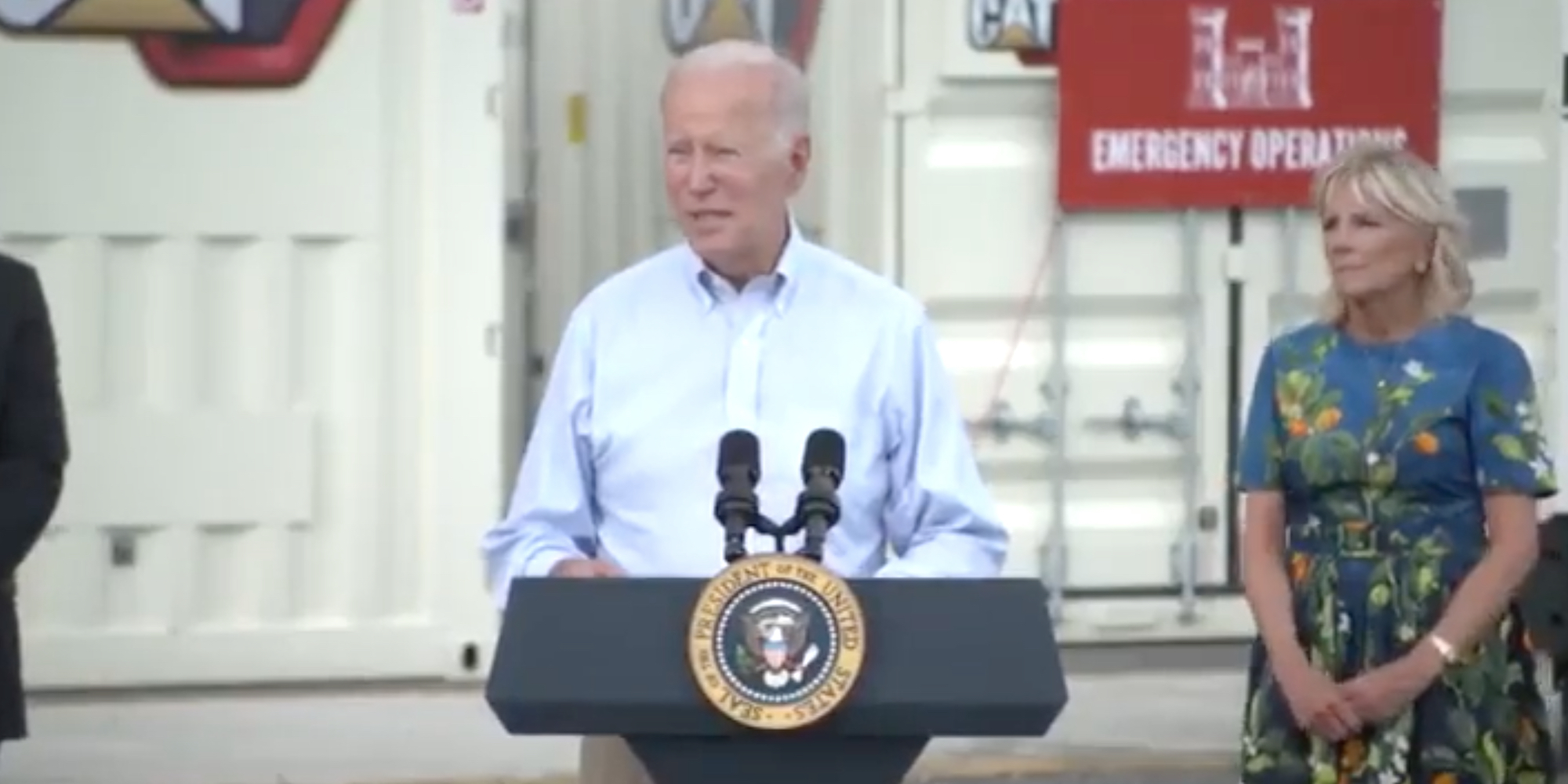 Jarryd Jaeger Vancouver, BC
Oct 4, 2022 minute read
ADVERTISEMENT
ADVERTISEMENT
Addressing a crowd in Puerto Rico on Monday, President Joe Biden once again told a story of his younger days that had many raising their eyebrows with doubt.

This time, he claimed that during his time as a Congressman, he had been raised in the Puerto Rican community.

“I come from the little state of Delaware,” Biden began, informing the crowd that there was a Puerto Rican population there.

“So I was sort of raised in the Puerto Rican community at home, politically,” he stated, adding that, “we came here for a long time both for business and pleasure since you’re part of the Third Circuit Court of Appeals and Delaware is as well, and I was Chairman of the Judiciary Committee.”

It turns out that while Delaware does belong to the Third Circuit Court of Appeals, Puerto Rico is part of the First Circuit, making that aspect of Biden’s claims factually incorrect.

While there is no way to verify whether or not Biden spent time in Delaware’s Puerto Rican community, many were quick to point out the statistical improbability.

According to the New York Post, two years before Biden was first elected to the US Senate in 1972, census data showed Delaware having a Puerto Rican population of 2,154, approximately 0.39 percent of the state’s total.

That number doubled by his second term in 1980, with the majority congregating in the port city of Wilmington.

As the Post points out, prior to Monday, Biden had not spoken about any links he had to the Puerto Rican community in Delaware, much less being “raised” in it.

This is not the first time Biden has appeared to invent a personal backstory in an attempt to connect with his audience.

In July 2021, for example, while touring a Mack Truck facility Biden claimed that he, too, “used to drive an 18-wheeler.”

The president also told a group of Jewish people that he “went to shul more than most of you,” and a group of students in Atlanta that he was arrested while protesting for civil rights.

Nobody has been able to verify any of these claims.

Following Biden’s speech on Monday, many took to Twitter to call him out for his outlandish stories.

“So he was raised in the Puerto Rican community of the hard coal section of Scranton, while living in Delaware and being the only white guy in the bad part of town, being a lifeguard, standing up to Corn Pop, and marching for civil rights while driving a big rig truck,” one user wrote, “Got it.”

“Cornpop was Puerto Rican, who knew?” another added.

Even Biden’s wife, Jill, appeared to question his words. In the video, she can be seen looking away and pursing her lips as he made his claims.
ADVERTISEMENT
ADVERTISEMENT
Biden_PuertoRican