When asked if Biden plans to keep the Space Force at the same size and scope, Psaki seemed amused to the point of mockery, and didn't know who she should talk to about it. 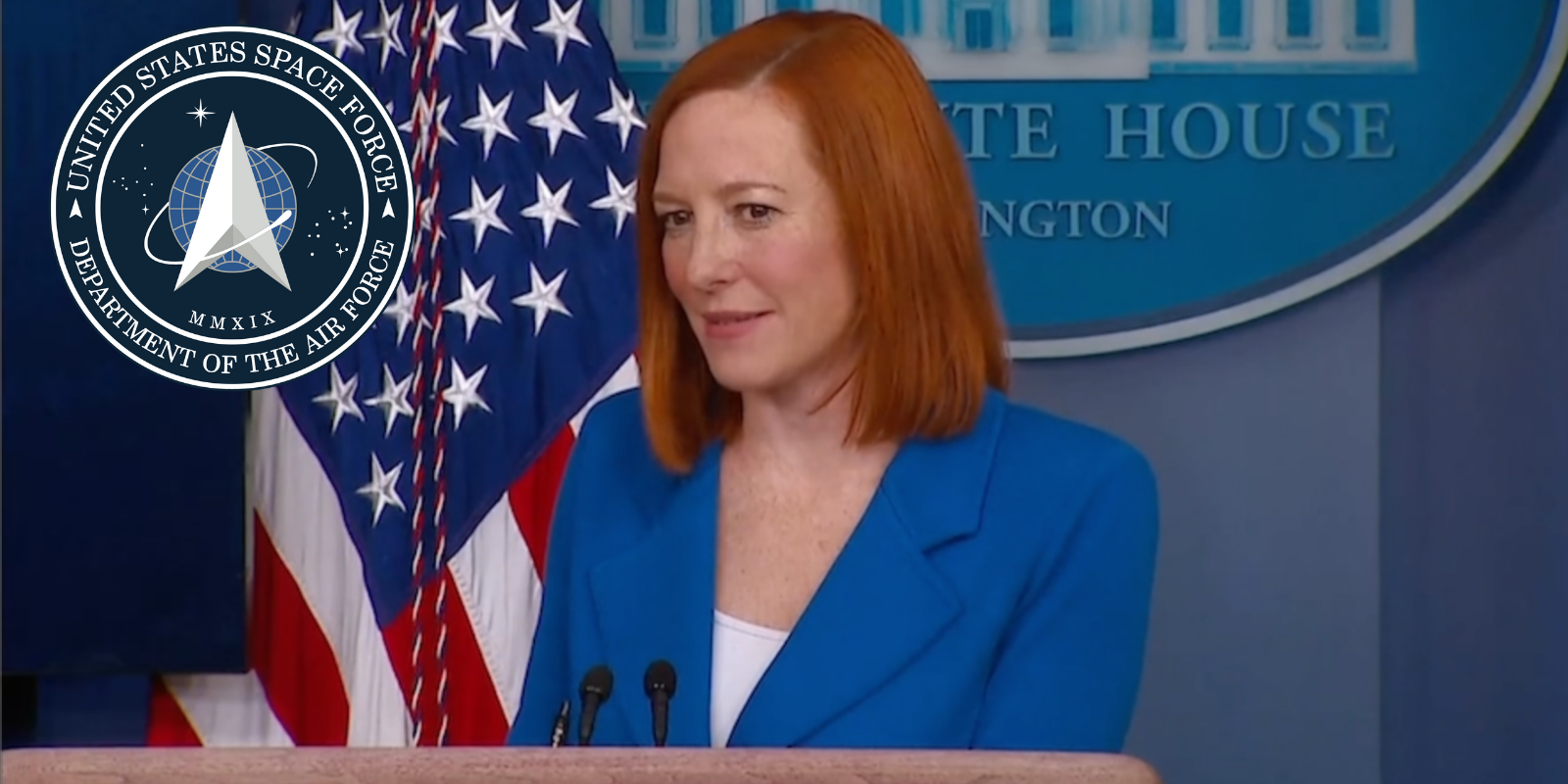 Speaking to reporters on Tuesday, White House Press Secretary Jen Psaki mocked the Space Force, the newest branch of the American military. When asked if Biden plans to keep the Space Force at the same size and scope, Psaki seemed amused to the point of mockery, and didn't know who she should talk to about it.

"Has the president made a decision on keeping or keeping the scope Space Force?" She was asked.

"Wow... Space Force," she said, suppressing a smile, "It's the plane of today... It is is an interesting question," she said.

"I'm happy to check with out Space Force point of contact, I'm not sure who that is, I will find out, to see if we have any update on that."

The Chief of Space Operations is a a four-star general who serves as the senior military member of the USSF and is a member of the Joint Chiefs of Staff.

Advisors to President Joe Biden had recently said that the US should work more closely with China on space exploration.