As electors gathered in Michigan today to cast their ballots, the Michigan State Senate played two national anthems—one for black people, and one for white people. 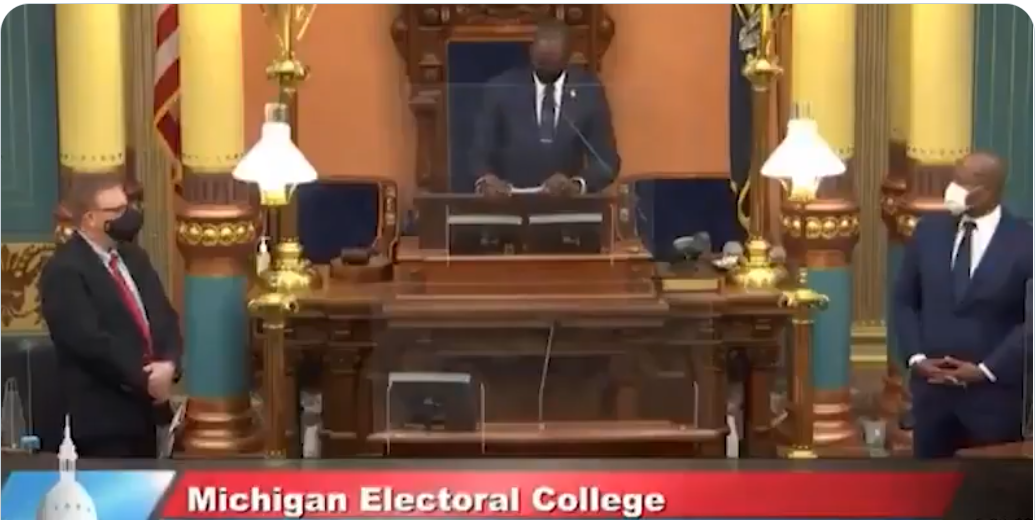 As electors gathered in Michigan today to cast their ballots for president and usher in the Biden administration, the Michigan State Senate played two national anthems—one for black people, and one for white people.

The black national anthem, Lift Every Voice and Sing, was then sung by two sisters via video screen. At the end of the Turner sisters acappella performance, the state senate applauded.

The song was first a poem by NAACP leader James Weldon Johnson before it was set to music by his brother John Rosamond Johnson in 1899. Its fist public performance was in celebration of Abraham Lincoln's birthday in 1900.

While it is colloquially known as the Black National Anthem, the song's intonation by the Michigan State Senate as a separate but equal anthem to the Star Spangled Banner makes obvious the tensions that are fueling divisions in the US. The Michigan State Senate is not divided along racial lines despite the playing to two national anthems.

In July, the NFL made the decision to play the Lift Every Voice and sing before the official US National Anthem during all games in week one of the season. This is also when they considered allowing players to add the names of victims of police brutality to helmets and jerseys.