A church service was interrupted at Grace Baptist Church in Troy, New York by a Black Lives Matter protest. 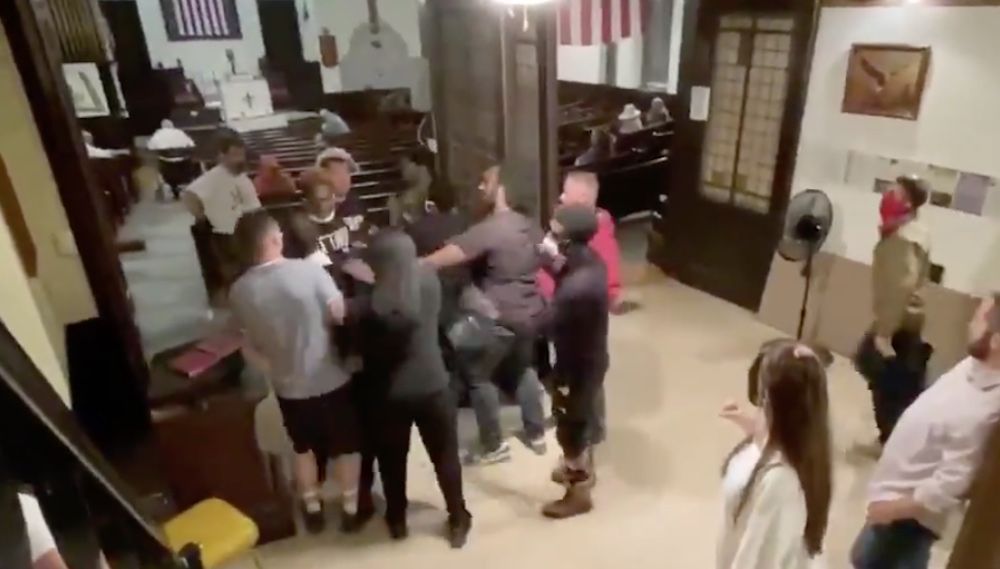 A church service was interrupted at Grace Baptist Church in Troy, New York by a Black Lives Matter protest.

The small worship service was underway when about ten or so protestors walked into the church and announced "black lives matter."

One masked protestor walked up to a man inside the church and showed her tattoo, saying "Look. I'm a Christian preacher, you dumb f***."

A man says "black lives matter" and the rest repeat the mantra, drowning out the preacher.

Security approaches the protestors, and appears to touch one of them. This leads the others to say "Don't touch anyone. Don't touch him! Back up!"

A voice can be heard saying "You're not gonna do that, are you crazy?"

"Put your hands up," someone says.

Security asks them to leave, saying "this is a house of God."

The protestors and the worshippers call each other bro. "Everyone's a brother here."

"Jesus loves you," a voice says.

"Don't be disrespectful of God," a worshipper says.

On the way out, the protestors chant "black lives matter."