After a civilian allegedly crashed his car during riots in Portland last night, what was reported to be a leftist mob dragged the man out of his vehicle and can be seen on video beating him in front of his passenger. 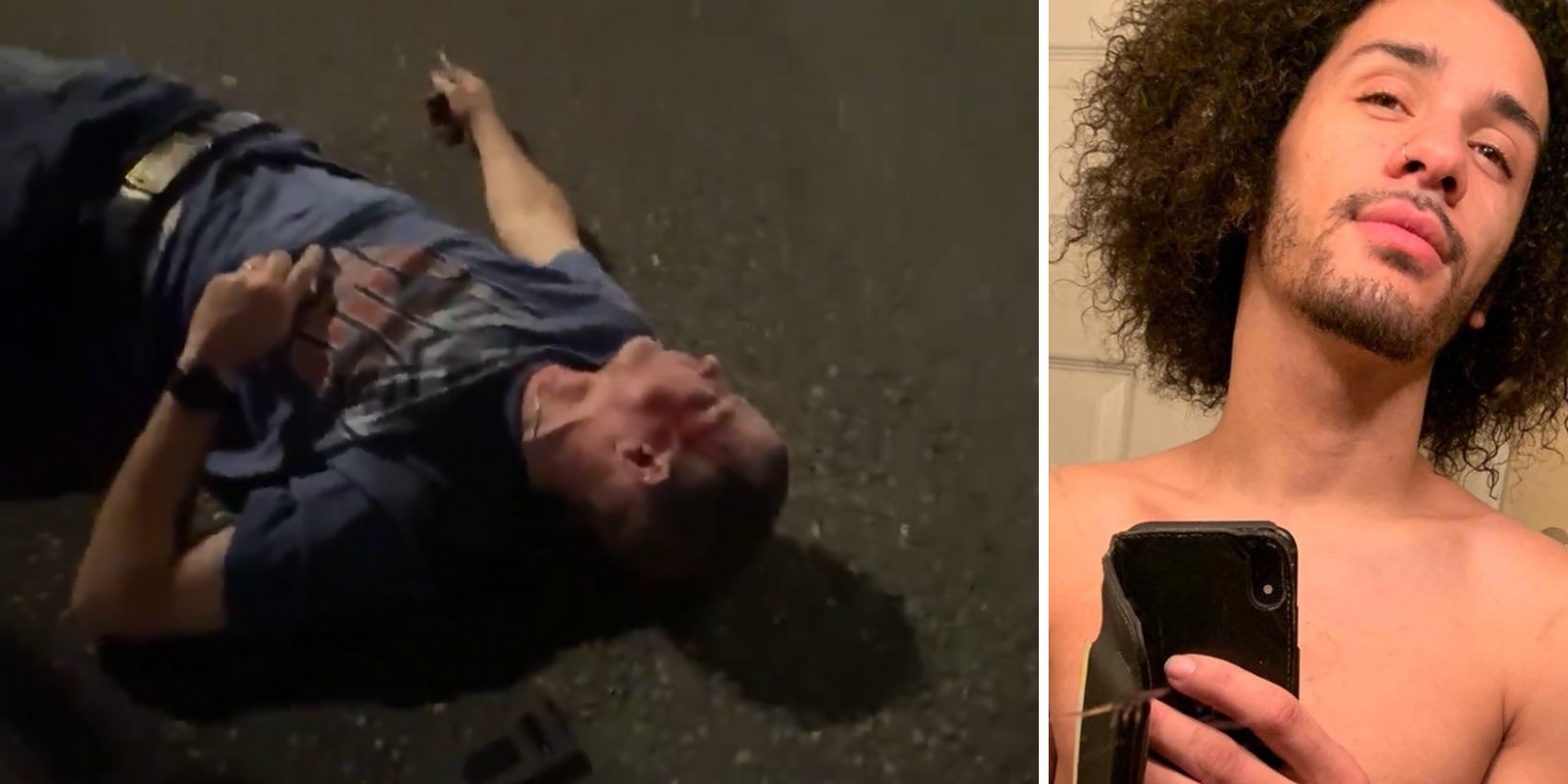 After a civilian crashed his car during riots in Portland last night, what was reported to be a leftist mob dragged the man out of his vehicle and can be seen on video beating him. The victim was left bleeding and unconscious in the street.

The streets were occupied by Black Lives Matter activists and Antifa rioters and agitators, that were reportedly blocking traffic from exiting the area.

Just before the crash, agitators tackled a blonde woman to the ground and beat her.

Moments after pulling the alleged victim from the car, the left-wing militants forced him to the ground and made him sit while they searched his belongings. When he stood up, the mob brutally beat him.

One rioter, reportedly identified as 26-year-old Marquise "Keese" Lee Love, charged the victim and directly kicked him in the head, knocking him out cold.

The suspect filmed sported a "SECURITY" vest, identifying him as part of the BLM policing task force that protestors want to replace police officers with.

The Gateway Pundit reported that 4Chan users have identified Love as an outspoken BLM activist, claiming on Facebook: "It's for me and my son's culture." His profile lists him as as a ramp agent at Portland International Airport and a DJ in the evenings.

Rioters can be seen standing over the victim's unconscious body, pouring water on him as they claim the attack in the name of Black Lives Matter. Antifa street "medics" examine the victim, still non responsive.

A police report says that the driver was transported to the hospital by ambulance with serious injuries.

Co-founder of Scriberr, Kalen D'Almeida, documented the night's violent events on Twitter and told The Post Millennial that he witnessed "multiple violent BLM & Antifa thugs" throw fireworks at the man's truck, try to take his keys, while "violently assaulting him for no reason."

In another angle of the BLM interrogation of the driver, Love can be seen cursing at him and punching his face. While the terrorist mob gathered around the man’s limp body as he bleeds from his head, others robbed his truck.

The Post Millennial reached out to Love for comment but he did not respond by the time of publication.

Police can be seen towing the victim's vehicle as rioters scream at officers, accusing them of "protecting white nationalists." The condition of the victim is not yet known, but reporters at the scene note that 9-1-1 had been called.

Jorge Ventura, a field reporter for the Daily Caller, was also present and filmed the series of events that spiraled out of control. Ventura told The Post Millennial that he does not have an updated status on the victim, but police had arrived within 20 minutes.

In scenes leading up to the attempted murder, the rioters were chasing a man away from their “protest” and assaulting him. A person who appears to be a trans woman holding a skateboard attempted to intervene, the District Herald reported.

The rioters were angered by the trans woman speaking out against their violence, so they stole her skateboard and backpack before violently attacking her as well.

The trans woman was left sobbing on the sidewalk and threatening to commit suicide.

“We out here for Black Lives Matter. F**k these white c**ts,” BLM rioters stated, threatening to beat a man who chastised them for assaulting and robbing the suicidal trans woman.

The people who were targeted by the mob all appeared to be white. No arrests have been made, according to Portland Police Bureau reports.