Hudson said that when "[Trudeau] says that they'll continue to take action on anti-black racism, I actually don't know what he’s talking about." 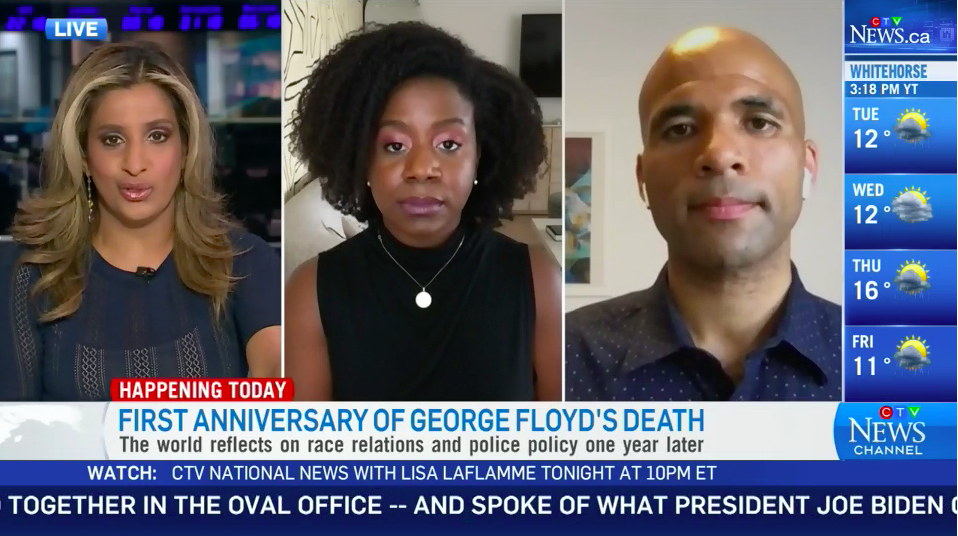 In a CTV segment, Black Lives Matter Toronto leader says that Trudeau has done nothing except use empty words to fight racism.

On CTV, BLM Toronto co-founder Sandy Hudson says Trudeau's comments on the anniversary of George Floyd's death make her enraged. Hudson appeared on the program with Dr. Akwasi Owusu-Bempah, where they called on the government to "defend the police" and provide "economic liberation" for black people in Canada.

In the segment, Hudson said that when "[Trudeau] says that they'll continue to take action on anti-black racism, I actually don't know what he’s talking about," saying that Trudeau has been all bark and no bite when it comes to the actions activists want to see done. She continues, "It just makes me so enraged to hear Justin Trudeau make these empty statements because he thinks he can get away with it when they haven't done anything to try t0 address anti-black racism."

When asked about concrete measures, Hudson says that a solution should not even be attempted because "the police tend to focus on communities that are existing in poverty," and police will continue to "target communities." Hudson suggests that the government should "take the responsibility away from the police of harassing people" and stop "criminalizing" homelessness. Hudson finishes by saying, "defund the police, take them out of our schools," and says the government has done nothing helpful.