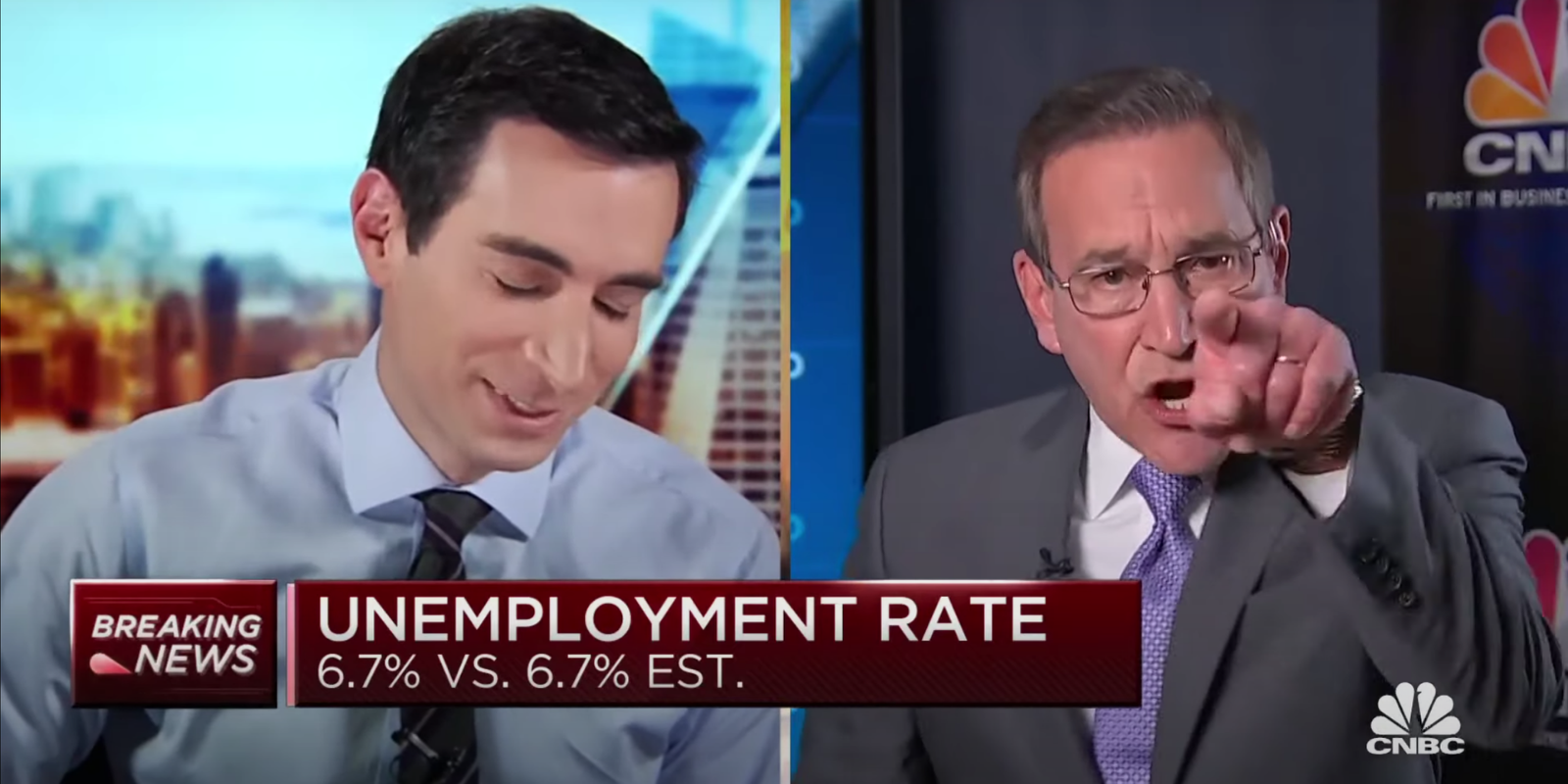 On Friday, Santelli wondered aloud on the left-wing network how it’s any safer to shop in corporate stores than it is to eat indoors where plexiglass is in place. He also lamented about the job losses that result from the statewide lockdowns.

“You can’t tell me that shutting down, which is the easiest answer, is the only answer,” the godfather of the tea-party movement charged.

Fellow colleague and “Squawk Box” co-anchor Andrew Ross Sorkin interjected. “Rick, just as a public-health and public-service announcement for the audience, the difference between a big-box retailer,” Sorkin began before Santelli cut in. “Who is this?” Santelli asked just as an individual off-screen told him repeatedly: “Who else?”

“The difference between a big box retailer and a restaurant or frankly, even a church, are so different it’s unbelievable,” Sorkin finished his thought. “Going into a big-box retailer, you’re wearing a mask.”

Santelli then noted that he lives in an area where a lot of restaurants that have reopened to fight back against shutdown policies “don’t have any problems.”

“You don’t have to believe it,” Sorkin groused. To which, Santelli quipped: “I don’t.”

Then Sorkin told Santelli that he was doing a “disservice” to their audience, prompting an animated Santelli to charge: “You are doing a disservice to the viewer! You are! You are!”

The shouting match eventually came to a close with Sorkin noting that he just wanted to keep CNBC viewers as “healthy as possible” while Santelli insisted that they “are smart enough to make part of those decisions on their own.”

Meanwhile, Santelli insisted that the American people “are smart enough to make part of those decisions on their own.”

“I don’t think that I’m much smarter than all the viewers like some people do,” Santelli concluded.