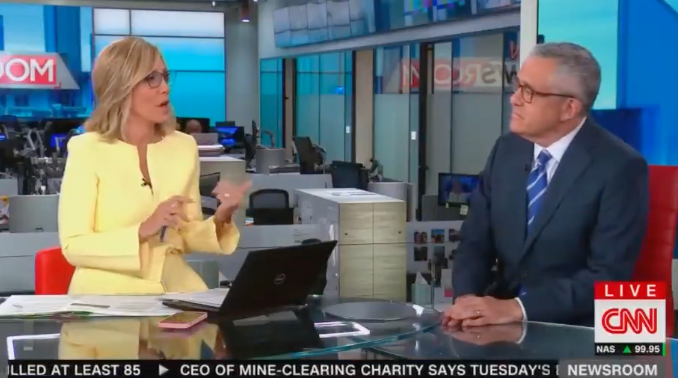 Jeffrey Toobin has made a return to CNN after being gone since October, when his colleagues were treated to the site of his genitals on a live Zoom call. With the renewed title of CNN Chief Legal Analyst, Toobin was asked about the unfortunate events that led to his months' long absence from cable news.

"I feel like we should address what's happened in the months since we've seen you since our viewers may not know what has happened. So I guess I'll recap—I'll do the honors," Alisyn Camerota said.

"You've got it all right, sad to say," Toobin said.

"What the hell were you thinking? Camerota asked.

"You thought that you had turned off your camera?" Camerota asked.

"Correct," Toobin replied, "I thought that I had turned off the Zoom call. Now, that's not a defense, this was deeply moronic, and indefensible, but that is part of the story. And I had spent the seven subsequent months, miserable months in my life, I can certainly confess, trying to be a better person.

"I mean, in therapy, trying to do some public service, working in a food bank, which I certainly am going to continue to do. Working on a new book about the Oklahoma City bombing, but I am trying to become the kind of person that people can trust again."