WATCH: CNN guest questions if America is better under Biden than Trump after crisis-filled year

"Are we any better off on these three issues that we crucified Trump over?" 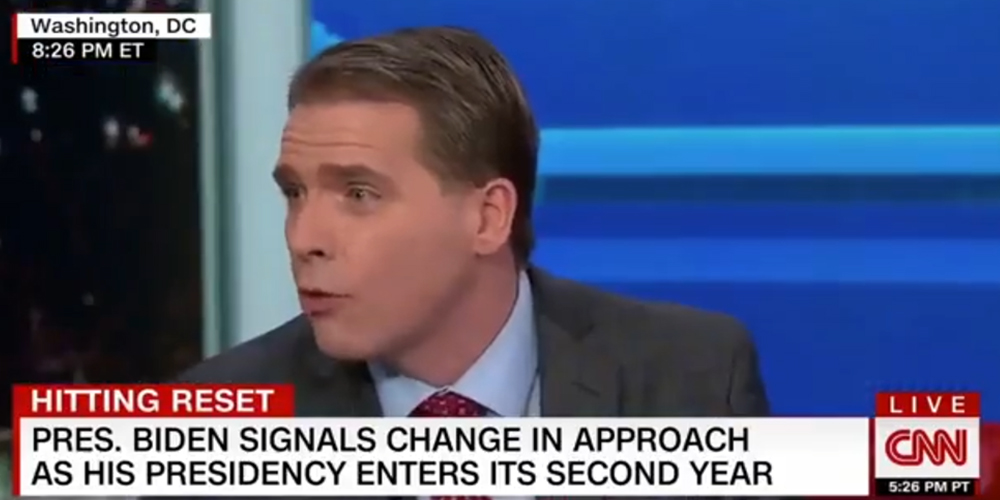 The epiphany came on Thursday night during CNN personality Anderson Cooper's show when Jennings questioned if America is better under Biden than Trump.

Cooper opened the floor for the former special assistant to President George W. Bush to speak his mind during the segment, bringing up what Jennings wrote for the Courier Journal in reflection of Biden's first crisis-filled year:

"I never imagined how quickly this would all unfold. The person they sold on the campaign: the nice, old, moderate grandpa who just wanted to help everybody get along and compromise, is not what we got over the last year. He has no mandate to really do much of anything. It’s amazing that he got a couple of things done, when the mandate was really pretty clear: 50-50 Senate, and near 50-50 House, and a pretty close presidential election. The mandate was simply replace Donald Trump and don't do anything drastic or stupid, and everything about this agenda is extremely drastic, and he's been angrier than I think people expected, he's been more divisive, he's been more partisan," Jennings told the CNN panel.

The on-air CNN contributor continued: "If you look at the issues: we built five years of coverage on Trump out of Russia, COVID, and democracy. The president at his press conference invites Russia to invade the Ukraine, we got more deaths under Biden than Trump, and now we have the president and vice president (leading Democrats) questioning the legitimacy of the 2022 election?"

"Are we any better off on these three issues that we crucified Trump over?" Jennings concluded. He finished his remarks by quoting a recent Associated Press poll: Only 28 percent want Biden to run for election again in 2024.

According to NBC, Biden has also called Democrat lawmakers to thank them for "boosting his agenda" on cable news and talk shows.

CNN's Jake Tapper interviewed White House press secretary Jen Psaki earlier this week on the Biden administration's issues at hand, especially when it came to the president's comments casting doubt on the legitimacy of the 2022 elections. The host concluded the exchange by saying the Biden spokeswoman was "earning her paycheck" by clarifying the president's remarks to the media.