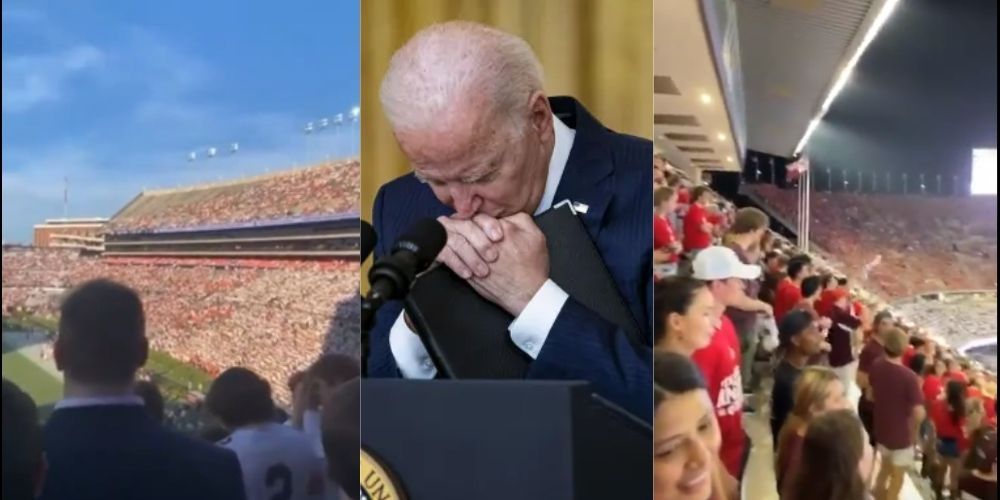 More than 50 college football games were played on Saturday, all packed with thousands of fans, seemingly in defiance of Joe Biden's ongoing lockdown narrative.

A first video appears to take place at Texas A&M, where a filled stadium erupts into anti-Biden chants.

Another video takes place in Alabama, at Auburn University.

Finally, Coastal Carolina University in South Carolina also erupted into a chant against the President.