WATCH: Conservative supporters chant “lock him up” about Trudeau at Ontario rally

Tonight, Conservative supporters of Andrew Scheer chanted “lock him up” at a rally when Scheer brought up Justin Trudeau’s SNC-Lavalin scandal. 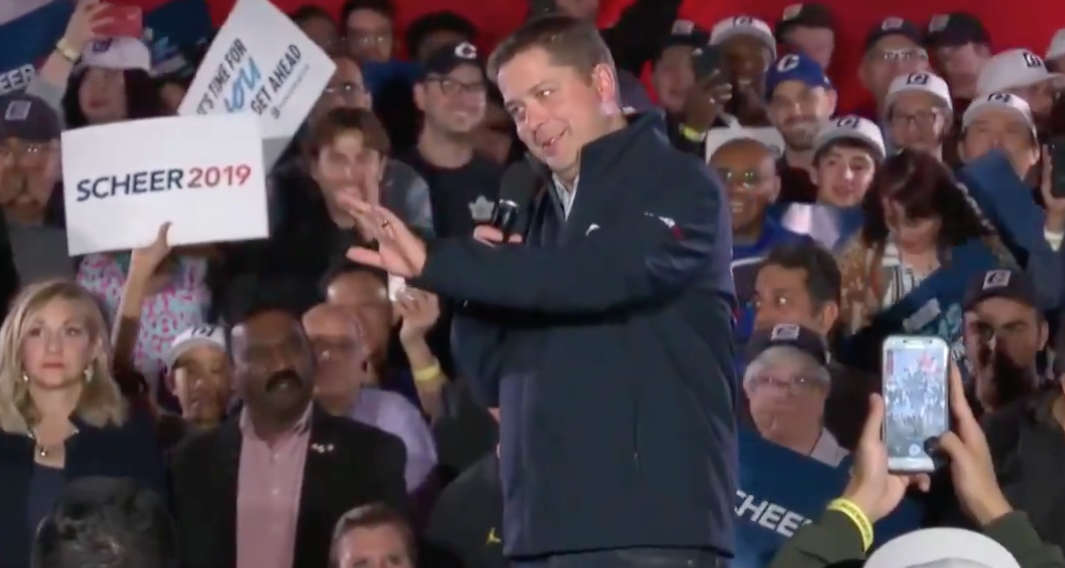 At a campaign rally in Richmond Hill, Ontario this evening, Conservative supporters of Andrew Scheer began to chant “lock him up” when Scheer brought up Liberal leader Justin Trudeau’s SNC-Lavalin scandal.

Scheer quickly corrected the crowd by prompting them to chant “vote him out” instead.

“The ethics commissioner found him guilty of breaking ethics laws not once, but twice, and he still won’t let the RCMP investigate the SNC-Lavalin corruption scandal. And that’s why when we form government, I will launch a judicial inquiry into the scandal to get to the bottom of what he’s done,” Scheer said to uproarious applause.

That’s when the “lock him up” chant started. At this point, Scheer cautioned the crowd: “Well … Let’s … We’re going to get to the bottom of his scandal. We’re going to vote him out.”

Scheer then suggested that the crowd chant “vote him out” instead of “lock him up” and they enthusiastically obliged.