WATCH: DC mayor calls for National Guard to remove troops who 'may be pulled by other views'

Law enforcement and military officials have said that there is no indication of any credible threats towards Biden. 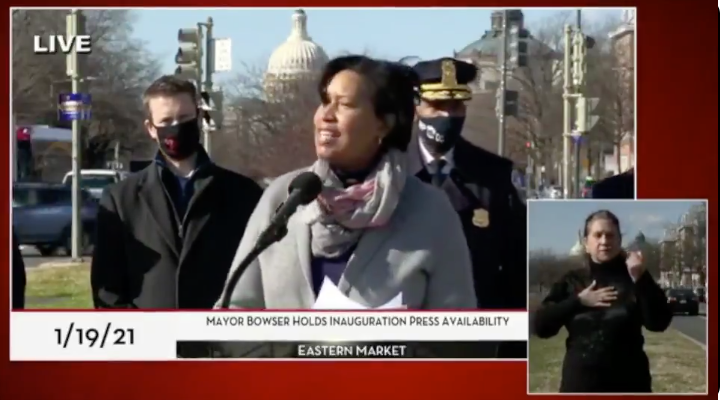 Washington, DC, Mayor Muriel Bowser said in a Tuesday press conference that she wants National Guardsmen to be removed from the force entirely if they hold views she disagrees with.

Speaking about National Guardsmen, Bowser said "When you have Guardsmen and women coming from all over the nation at this time, I do think that it is prudent to make sure that they are being vetted, and that anybody who cannot pledge allegiance to their missions, and may be pulled by other views, needs not only to be removed from this duty, they need to be removed from the Guard."

The comments come shortly after the FBI said it was planning to vet National Guardsmen. Two National Guardsmen were removed from Biden's inauguration due to association with far-right groups. The groups in question which they were a part of were not specified.

The Biden transition team has expressed concern that members of the National Guard who hold far-right views may attempt to cause violence Biden at his inauguration, or otherwise disrupt the proceedings.

Law enforcement and military officials have said that there is no indication of any credible threats towards Biden.

"If you see something unusual, say something," Bowser said.

Bowser also expressed support for Washington, DC, being admitted as the 51st state, a proposal which has gained traction among some Democrats who see it as guaranteed Democratic seats in Congress and the Senate. Such a move, however, could be thwarted by constitutional roadblocks which define DC as a territory.