"We can debate issues without degrading each other's character, we can disagree without hating each other, and win or lose, in Utah we work together." 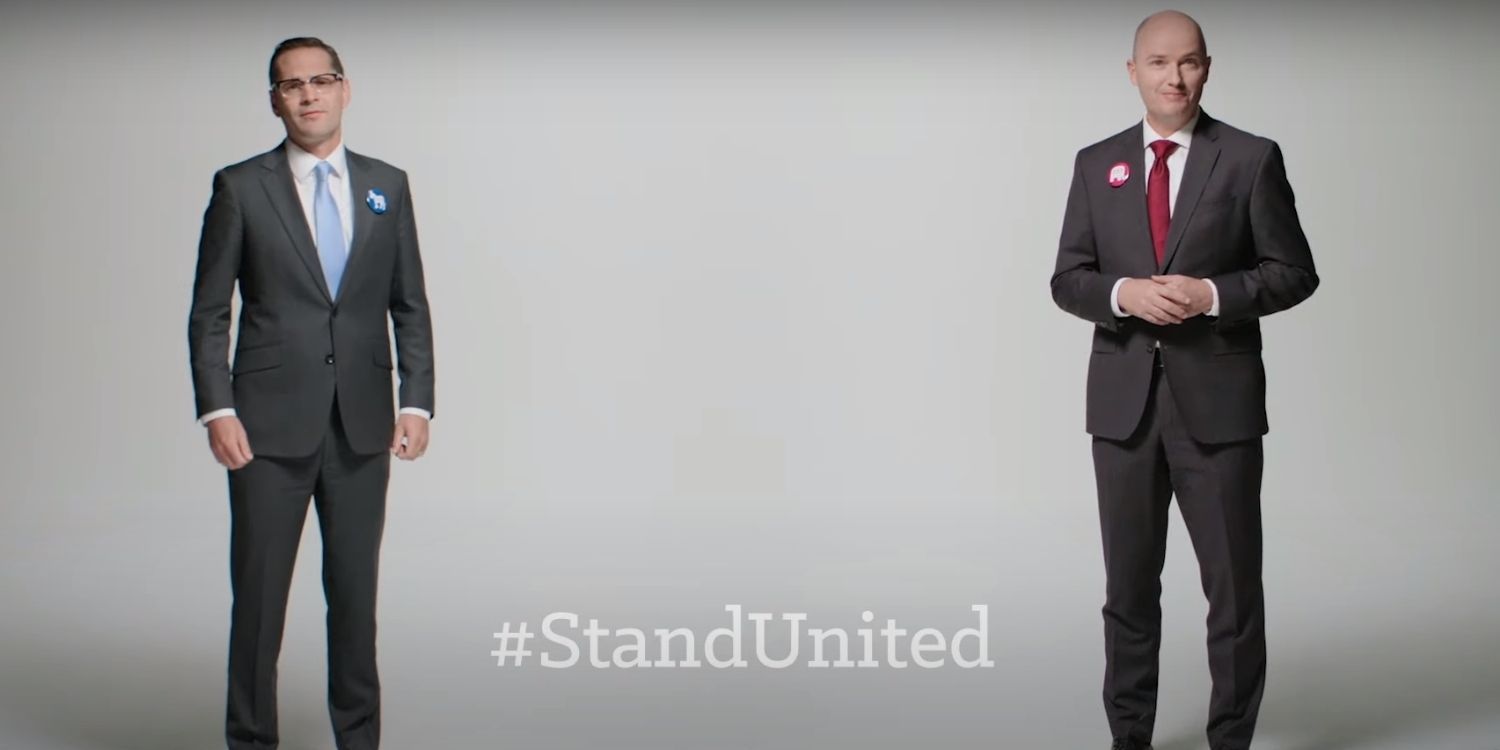 Republican Spencer Cox, and Democrat Chris Peterson, both want to become the Governor of Utah, but are choosing to do politics differently in this divided political climate. They are seemingly running a political ad together.

These two candidates are both launching #StandUnited, which is a positive initiative to unite Americans, regardless of political leanings. "Let's make Utah an example to the nation," says Cox in his tweet,

The video is very short and concise. "I'm Chris Peterson," Peterson says, "and I'm Spencer Cox," Says Cox. "We are currently in the final days of campaigning against each other to be your next governor, there are some things we both agree on:

"We can debate issues without degrading each other's character, we can disagree without hating each other, and win or lose, in Utah we work together. So let's show the country that there's a better way."