WATCH: DeSantis announces the arrest of 20 people for voter fraud

The 20 who were arrested were previously convicted of murder and sexual assault, felonies which prevent automatic return to voting in Florida. 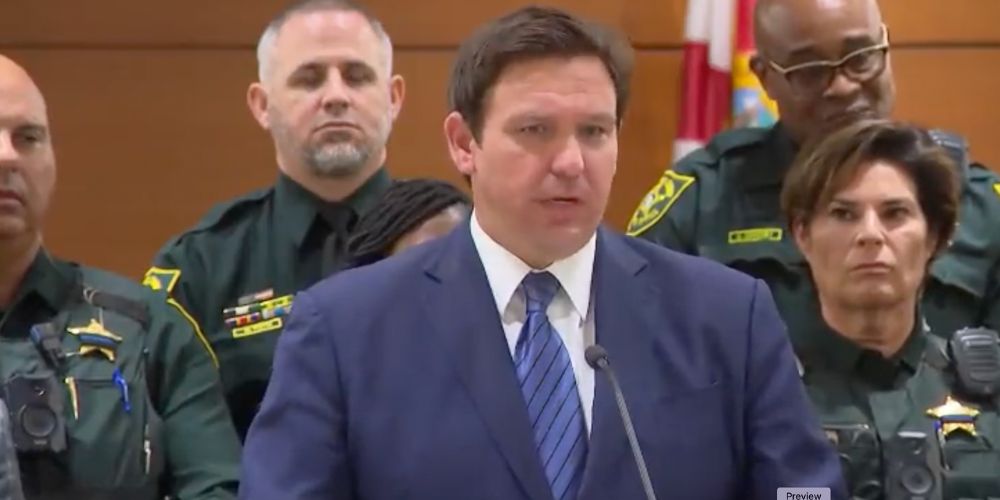 Thursday, Florida Governor Ron DeSantis announced that the state had arrested and charged 20 individuals who had voted illegally.

"They are disqualified from voting because they've been convicted of either murder or sexual assault and they do not have the right to vote," DeSantis explained. The governor noted that most of these individuals voted illegally in Palm Beach, Broward, and Miami Dade counties, but that his efforts were statewide in tracking down anyone who committed this crime.

DeSantis noted an amendment to Florida state law that specifically highlighted people who committed homicide and sexual assault would not have an automatic restoration of voting right when they were released from incarceration.

"And so they did not go through any process. They did not get their rights restored, and yet they went ahead and voted anyways," DeSantis said. "That is against the law, and now they're going to pay the price for it. So they will be charged."

In Florida, voter fraud is a third degree felony and each individual could have a $5000 fine and face up to five years in prison.

"I also want to be very clear, going forward, that we're going to continue to make sure that our laws are rigorously enforced," DeSantis announced. "One of the things that we are doing is we want to ensure that all the records that we have from the most recent election in 2020."

According to local news, the Office of Election Crimes and Security was launched on July 1 and has been tasked with overseeing and reviewing election integrity at the state level.

DeSantis said that notice went out to all 67 supervisors of election in Florida that they need to preserve their documentation for the department to fully vet and review.

DeSantis' head of his election crimes department, Peter Antonacci, would be visiting the supervisors to make sure all the laws were upheld.