Jill Biden was at the game to promote Joe Biden's Cancer Moonshot program and served as an honorary captain for the Philadelphia Eagles. 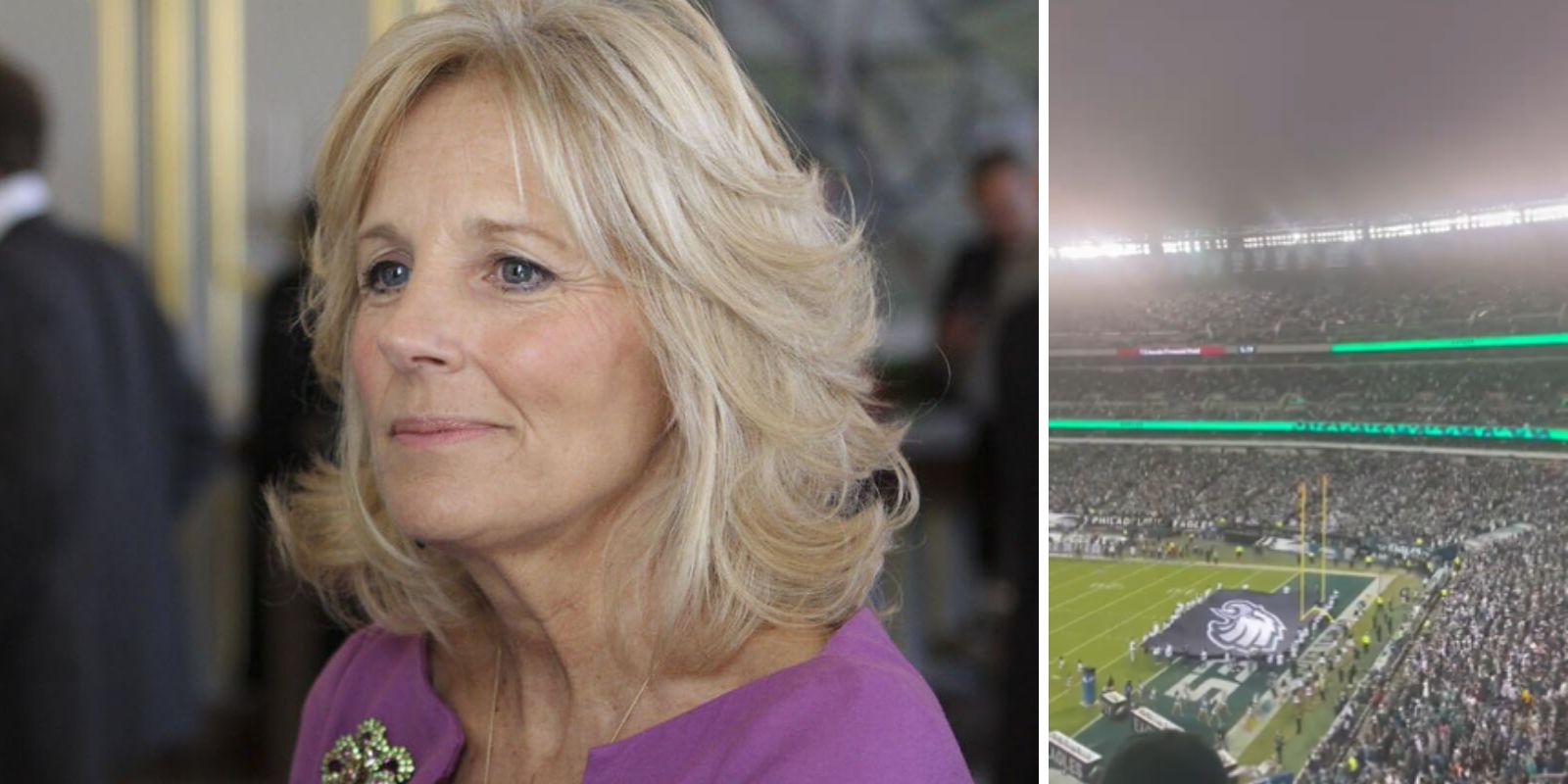 "Doctor" Jill Biden, who self-identifies as a "Philly girl," attended a National Football League Eagles game on Sunday night and was greeted with resounding booes.

According to Fox News, she was there to promote Joe Biden's Cancer Moonshot program and served as an honorary captain for the Philadelphia Eagles. One Twitter user posted video of the boos from the field angle.

Another posted footage of the booes and chants of "Let's Go Brandon" can be heard as well.

Jill Biden ostensibly tried to lead the crowd in a rendition of "Fly Eagles Fly" from Lincoln Financial Field and was there for the game's coin toss. However, the sound of the boos overwhelmed the singing and echoed in the stands.


The first lady was accompanied by a few cancer patients, survivors, and their families.