REVEALED: The NFL is funding Antifa-affiliated 'defund the police' group

The NFL gave $300,000 to the Oregon Justice Resource Center, which has called for police defunding as well as other social justice measures. 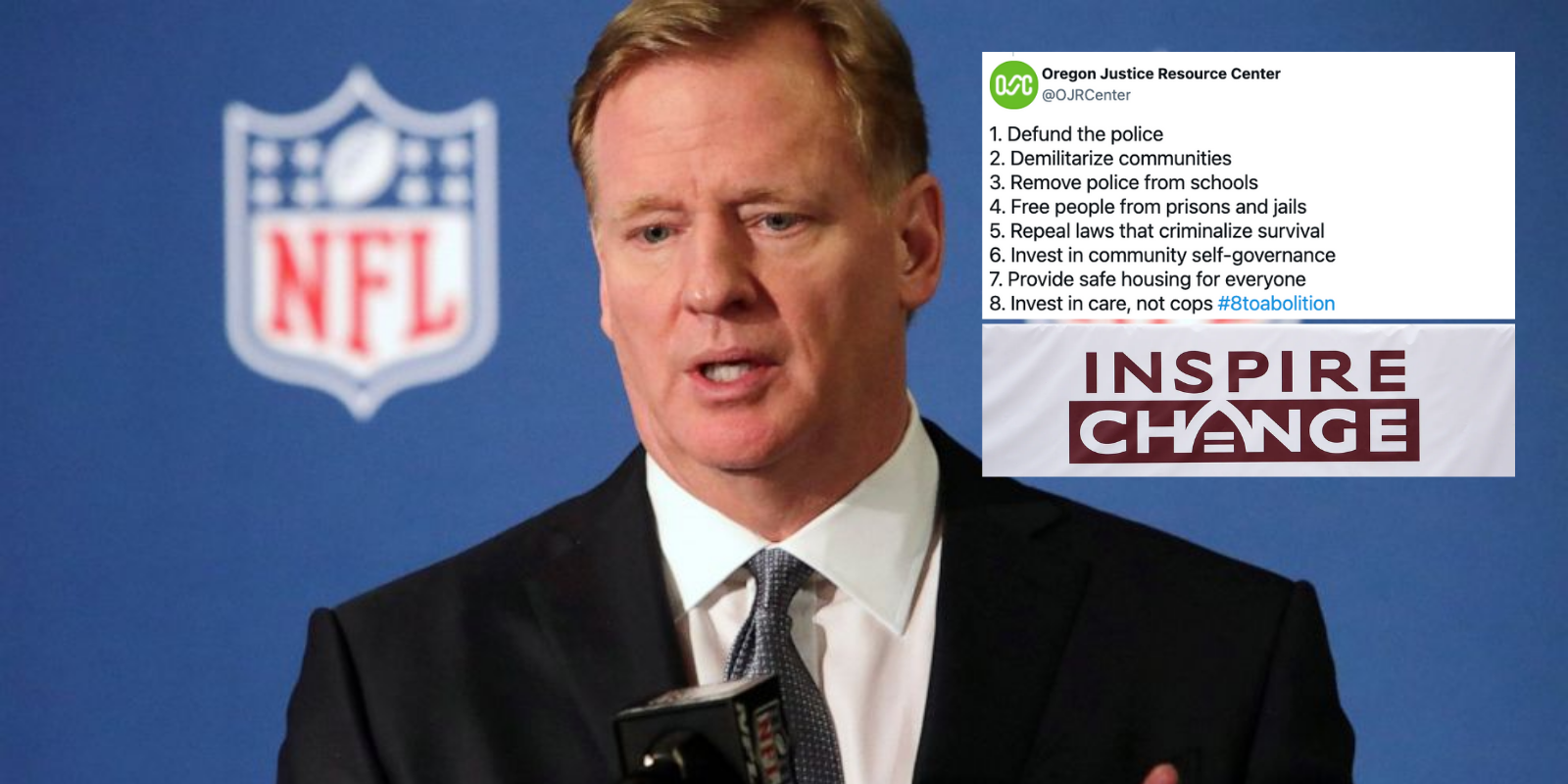 The NFL funds groups that openly advocate for defunding the police. Through the Inspire Change program, funded by the League, the NFL backs the Vera Institute of Justice, the Oregon Justice Resource Center, and the Community Justice Exchange. Each of these support defunding or even abolishing police.

Fox Business uncovered that the NFL gave $300,000 to the Oregon Justice Resource Center, which has called for police defunding as well as other social justice measures. The OJRC has ties to Antifa, with one of their prominent lawyers, Juan Chavez, representing violent Rose City Antifa member Luis Marquez. The organization also represents Cider Riot, the now-closed Portland pub that hosted Antifa events and was the site of a riot in 2019.

In October of this year, Chavez appeared to express disappointment that one of the militants who attacked journalist Andy Ngo was indicted by a grand jury in Portland, Ore.

The Vera Institute of Justice advocates for the abolishment of prisons, and for language changes to be put into effect in order to not "dehumanize" criminals.

The Community Justice Exchange is opposed to police, prisons, and alternative systems to hold and track those who commit crimes. The Community Justice Exchange also runs the National Bail Fund Network, which runs the Minnesota Freedom Fund, which bails out rioters, domestic abusers, and others who participated in the violent civil unrest in the US during the summer of 2020.

The NFL has been funding Vera Institute for Justice and Community Justice Exchange since 2020, while Oregon Justice Resource Center only started receiving funding this year.

Inspire Change was created by the NFL, players and clubs, per their website, "as part of an ongoing acknowledgement of the ways that systemic racism contributes to barriers to opportunity and equality."

Inspire Change funds dozens of organizations, including City Year, Boys & Girls Clubs of America, and others. The NFL has committed to spending $250 million on social justice causes. Their reasoning is to combat "systemic racism" fight "the battle against the ongoing and historic injustices faced by African Americans."