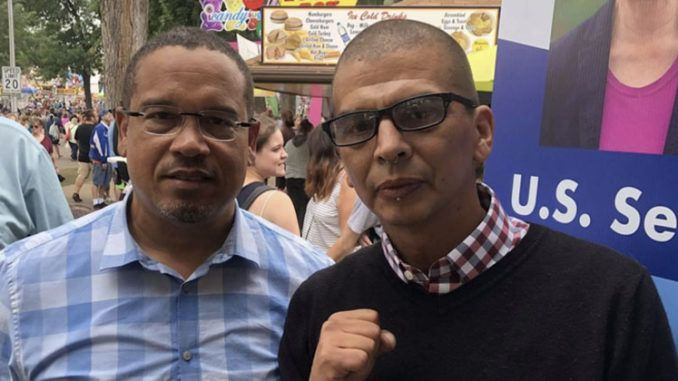 A prominent member of Portland’s Rose City antifa went on a profanity-laced tirade against Andy Ngo on his podcast, making some disturbing threats against the journalist and Post Millennial editor-at-large.

Luis Marquez, a leader in America’s most infamous, and arguably most active, antifa community, hosts a podcast titled Jungle to Jungle. On the most recent episode of the podcast, Marquez lashed out at Ngo stating he was “responsible for violence,” though not specifying what violence or when Ngo allegedly incited it.

The Jungle to Jungle podcast is not the first antifa program to accuse Ngo of violence. In March, It’s Going Down labeled Ngo a “domestic terrorist.” Ngo responded by asserting the claim was a falsehood intended to justify violence against him and his family.

Ironically, Luis Marquez does mention the evidenced violence directed at Ngo in June of 2019, when Ngo was assaulted while reporting from an Antifa rally in Portland. The assault left Ngo with a torn earlobe and a brain bleed. Marquez laughs while recounting the details of the assault, and asks Ngo to re-upload the video to his Twitter so he can watch it for his entertainment.

“Nothing makes me happier than the thought of [Ngo’s] master’s turning on him and sending him to a camp.” He says, “You know who is going to be waiting for him? Me.”

Marquez then launches into a disturbing fantasy which includes murder and cannibalism.

Luis Marquez has an extensive criminal history in Portland, having been arrested multiple times for conduct ranging from assault to disorderly conduct and harassment.

In January 2020, Andy Ngo was scheduled to give a talk at the University of British Columbia, but it was cancelled by the campus security forces due to threats of violence from alleged antifa-linked groups.