Dr. Johanna Olson-Kennedy made the comments during a seminar in which she pushed the idea that adolescents are capable of making good decisions. 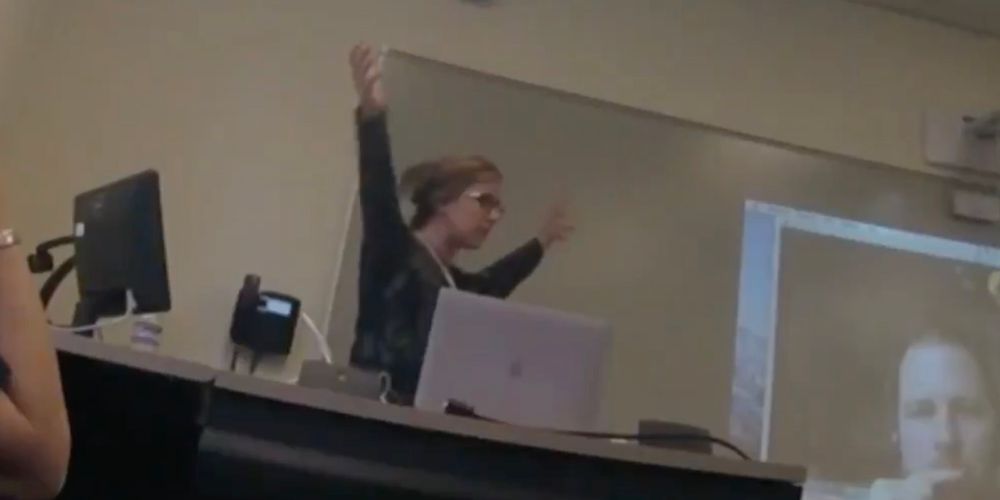 Dr. Johanna Olson-Kennedy made the comments during a seminar in which she pushed the idea that adolescents are capable of making good decisions.

In the past, most people who identified as transgender waited until well into adulthood before electing to have gender-affirming surgery, such as a phalloplasty or mastectomy, however in recent years the age at which individuals make the decision has gone down.

These days, more and more young people are opting for gender-affirming surgery. After performing such a procedure on Emily, a 17-year-old, Dr. Jess Ting of Mount Sinai Hospital in New York referred to the patient as a "pioneer," saying that Emily "... is at the forefront of this new generation of young kids, adolescents who are realizing what they are much earlier in life and are able to transition even before puberty."

The push to allow children to change their gender has many detractors, who state that young people are not yet able to fully understand the consequences of their decision. Dr. Johanna Olson-Kennedy, who leads the Transgender Clinic at the Children's Hospital of Los Angeles, argues that children should, in fact, be given the agency to make such decisions.

In a recent seminar, she voiced her opinions on the subject. "People make life altering decisions in adolescence, all the time," she began, "and honestly, most of them are good. It's just the bad ones that we talk about."

The American Academy of Child and Adolescent Psychiatry says otherwise. According to research, adolescents are more likely to "act on impulse," "misread or misinterpret social cues and emotions," "get into accidents of all kinds," "get involved in fights," and "engage in dangerous or risky behavior."

This is because "the frontal cortex, the area of the brain that controls reasoning and helps us think before we act, develops later. This part of the brain is still changing and maturing well into adulthood."

Allowing adolescents to make decisions that will irreversibly impact their future seems to contradict the science.

Nonetheless, Dr. Olson-Kennedy continued. "Adolescents actually have the capacity to make a reasonable and logical decision," she said. Dr. Olson-Kennedy then cited the "Cinnamon Challenge" as an example of adolescents making bad decisions, and argued that we as a society ignore the good decisions because they aren't talked about as much.

The conversation then turned back to the topic at hand, transgender children. Dr. Olson-Kennedy stated that young people who opt to get gender-affirming surgery and then later regret it can simply reverse the decision.

"Here's the other thing about chest surgery," she said, "if you want breasts at a later point in your life, you can go and get them."

In 2016, Dr. Olson-Kennedy received a $5.7 million grant from the National Institute of Health to investigate "the impact of early medical treatment in transgender youth." In her study, children as young as 8 were intended to receive "cross-sex hormone" treatment. She was also part of a study in which children as young as 13 were receiving double mastectomies.

Giving young people the power to make such life-altering decisions has consequences, some of which are beginning to emerge. A recent segment of "60 Minutes" on CBS shed light on a growing segment of the population, the "de-transitioners." The term is used to describe those who once identified as transgender, but no longer do. Many of the de-transitioners featured in the segment had already undergone surgeries and hormone replacement, and warned others about giving adolescents the ability to make irreversible changes to their bodies at such a young age.