WATCH: Fed-up Seattle residents tell Antifa to 'get the f*ck out'

"You’re taking advantage of the death of a black man. Get the f*ck out," said two residents who can be seen in the video confronting BLM and Antifa activists who marched through Seattle. 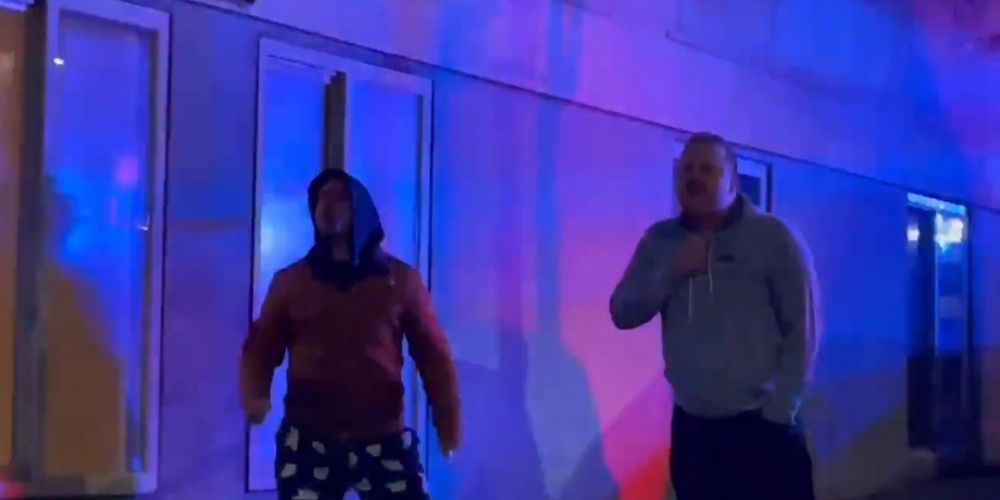 Seattle residents have apparently had enough of months of activists marching and rioting through the city that they called them out during a protest Wednesday night.

"You’re taking advantage of the death of a black man. Get the f*ck out," said two residents who can be seen in the video confronting BLM and Antifa activists who marched through Seattle.

Seattle Antifa and BLM activists organized the march through the city to protest police brutality, following a shooting in Seattle Tuesday night, which killed one and critically injured another. Police responded to 911 calls about the shooting. After ordering the suspect to drop his firearm, the suspect aimed the weapon at police, at which point officers fired, killing the suspect.

Seattle activists did not wait for any of the facts of the case before immediately jumping to conclusions on social media accusing Seattle officers of police brutality.

They marched through the city Wednesday night chanting "ACAB" (All Cope Are Bastards) "say his name" and "praise" for the suspect. Activists marched from the site of the shooting to the East Precinct and according to witnesses, began vandalizing the facility. According to SPD sources there was at least one arrest during the march after a foot pursuit.

According to SPD, the "suspect shot two victims in the 2300 block of South Massachusetts Street Tuesday night, resulting in the death of one victim and leaving the second critically injured. Officers responded and exchanged gunfire with the suspect, and the suspect died at the scene." The Seattle Police Department has released officer body cam and surveillance video, as well as the 911 calls of the homicide as well as the police response.

The suspect comes into the frame holding a gun and is seen accosting a vehicle in a parking lot allegedly with the victims inside. The actual shooting cannot be seen from the vantage point of the surveillance camera. However, the suspect can be seen after the shooting pointing the gun at the windshield and banging the firearm on the hood of the vehicle.

The video then cuts away to the suspect walking out of the parking lot of the Northwest African American Museum and Jimi Hendrix Park where police have responded. Police order the suspect to drop the gun at which there is an inaudible response, then the suspect raises the gun towards police. Officers open fire, killing the suspect.