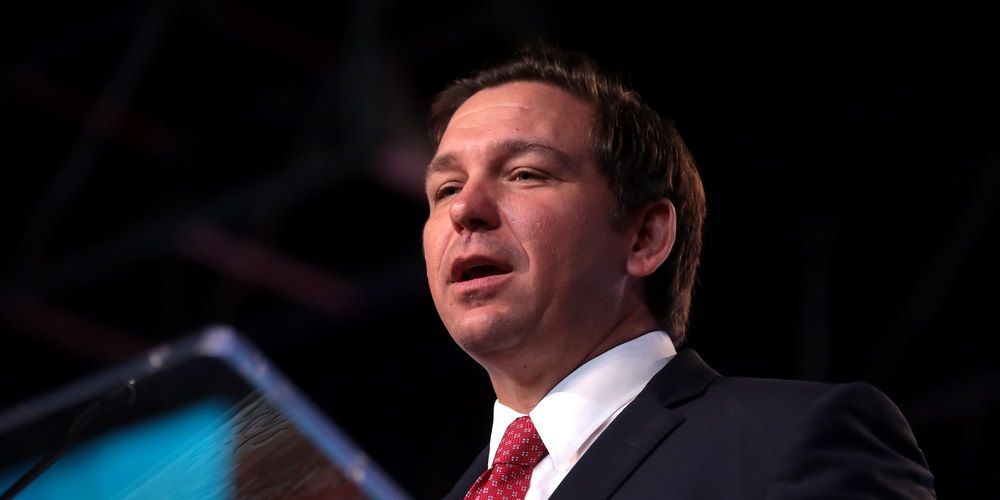 Republican Florida Governor Ron DeSantis announced on Wednesday that the state's education curriculum would not be teaching any Critical Race Theory in the classroom.

"Florida's civics curriculum will incorporate foundational concepts with the best materials, and it will expressly exclude unsanctioned narratives like Critical Race Theory and other unsubstantiated theories" DeSantis declared to a round of applause.

"Let me be clear, there is no room in our classroom for things like Critical Race Theory teaching kids to hate their country and to hate each other is not worth one red cent of taxpayer money," he continued. "So we will invest in actual, solid, true curriculum, and we will be a leader in the development and implementation of a world-class civics curriculum."

The theory rejects concepts such as objective truth, arguing that the way humans perceive reality is through a series of power structures which inform how we think and act. According to proponents of CRT, all white people are racist by definition because they have been raised under the power structure of white supremacy.

Consequentially, CRT proponents argue that any evidence refuting their claims is inherently racist, as what is considered "evidence" or "truth" is not objective, and is instead a byproduct of the white supremacist power structures which pervade society as a whole. White people who reject claims of racism by CRT advocates, according to the theory, are expressing "white fragility."

CRT-inspired ideas have been incorporated into the curriculums of some school districts, especially in the Pacific Northwest. In Seattle, the local public school district incorporated such concepts into their mathematics curriculum, suggesting that "'western' mathematics" is used to "disenfranchise people and communities of color," and that "ethnic math" must also be taught alongside "western" mathematics.

The curriculum asks students questions such as "[who] gets to say if an answer is right?" and "how does data-driven processes prevent liberation?"

The move has received intense criticism from conservatives, who have compared the concept to "Deutsche physik," a pseudoscientific theory which the Nazis used to distinguish their physics from so-called "Jewish physics."

Another CRT-inspired math curriculum promoted by the Bill & Melinda Gates Foundation claims that math "is used to uphold capitalist, imperialist, and racist views."

The curriculum teaches that the "concept of mathematics being purely objective is unequivocally false." It also suggested that demanding students show their work and qualifying a "right" answer is racist.