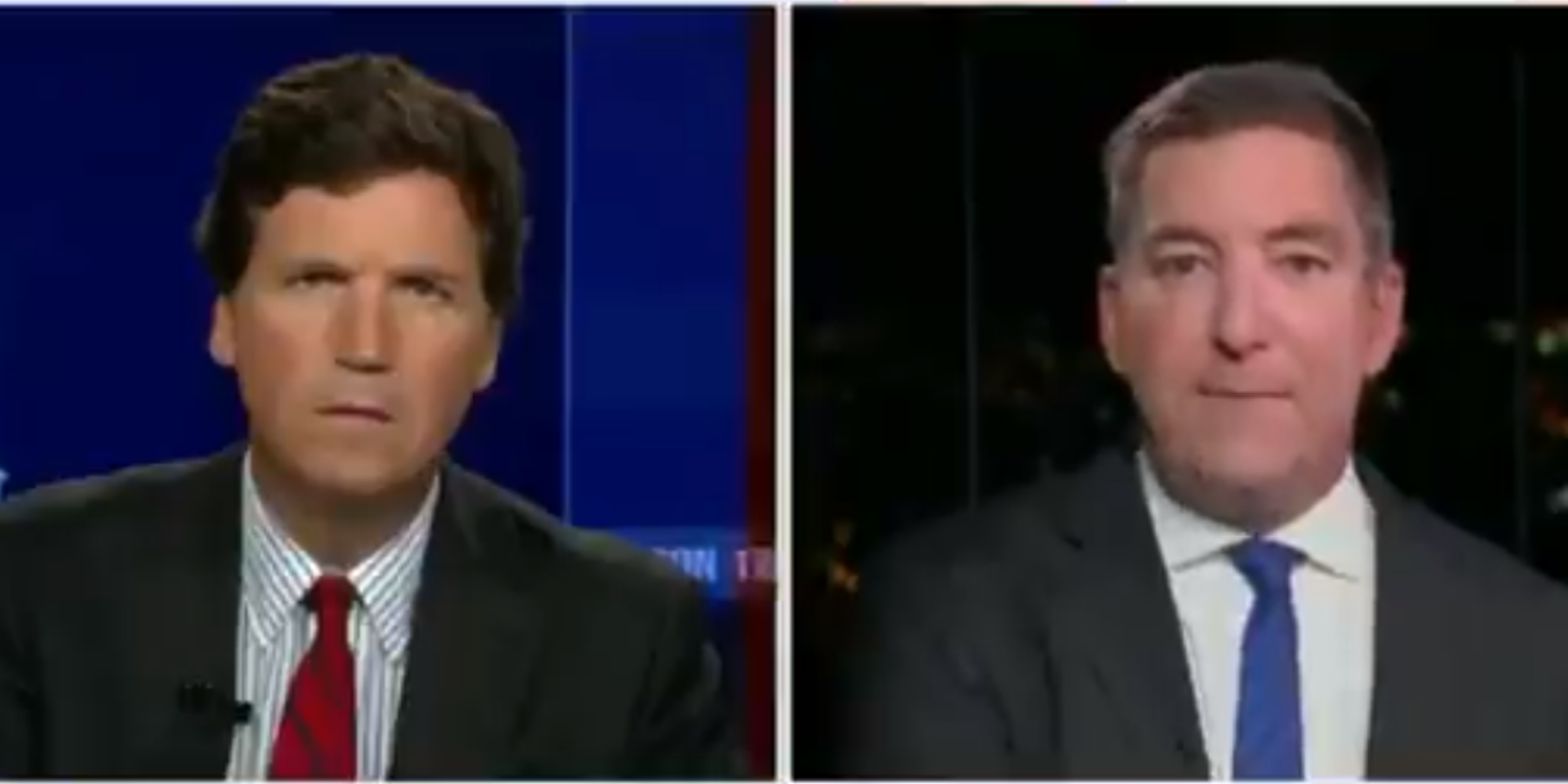 "Glenn Greenwald is one of the people who has been covering the FBI's behavior, particularly its anti-terrorism efforts, very closely for a long time. We want to get his assessment, and we are right now," prefaces Carlson in the video interview.

".... We're hearing that anybody who has questions about why two dozen participants have not been charged on Jan. 6 is a conspiracy monger, and a lunatic, and probably a soldier in the QAnon army. Is there, based on precedence, a reason to ask that question, do you think?" asks Carlson.

"And, planting informants or other operatives within a certain ring of typically American Muslims or young ones, encouraging them then to join a pod that was devised and designed by the FBI," continues Greenwald. "Often paying for it, the FBI was, to get the material and everything else, and then boasting about the plot that they broke up, that was a pod that came from the FBI," he says.

"The vast majority of times that you heard the FBI applauding itself for having stopped a terrorist pod domestically was actually a pod that they themselves governed and directed, with informants and with operatives exactly of the type that we know for certain they put into the Proud Boys and the Three Percenters, two of the three groups they claim are behind Jan. 6," Greenwald quips.

"So, the only way you can claim this is some kind of a crazy conspiracy theory is if you are either completely ignorant about what the FBI does, or lying on purpose to cover up what the FBI does when it acts domestically," Greenwald declares.

Tucker then asks: "But if you're a journalist, why would you lie on behalf of a government law enforcement agency? Why would you choose to protect the FBI instead of informing your own viewers?"

"I think this is the key point, Tucker, is the structure of pretty much all these outlets that are now serving a liberal audience in the United States, which is the Washington Post, The New York Times, CNN, NBC News, NPR. And it's not just me saying that; the data shows that," replies Greenwald.

"During the Trump years, the CIA and the FBI became overwhelmingly popular among American liberals. They worshipped the FBI and the CIA because they viewed it as a bulwark against Trump," Greenwald pivots.

"So, if you're serving a liberal audience, the last thing you know your audience wants to hear – and their audience is disappearing, so they're petrified of them – is anything that is questioning of, or critical of, the FBI," he goes on.

"On top of which, all these news outlets are filled, on their payroll, with former operatives of the FBI and the CIA," he states.

"...That's what drove Russiagate for five years, so many of the false conspiracy theories that these outlets spread. And they're doing it again," he says.

Tucker then iterates: "So, they're serving, openly serving, institutional power against the population."

"If you go and Google – and I hope your viewers do – 'Operation Mockingbird,' what you will find is that, during the Cold War, these agencies used to plot about how to clandestinely manipulate the news media to disseminate propaganda to the American population," responds Greenwald. "They used to try and do it secretly. They don't even do it secretly anymore. They don't need Operation Mockingbird."