A man raised controversy after eating KFC chicken outside of a vegan protest. 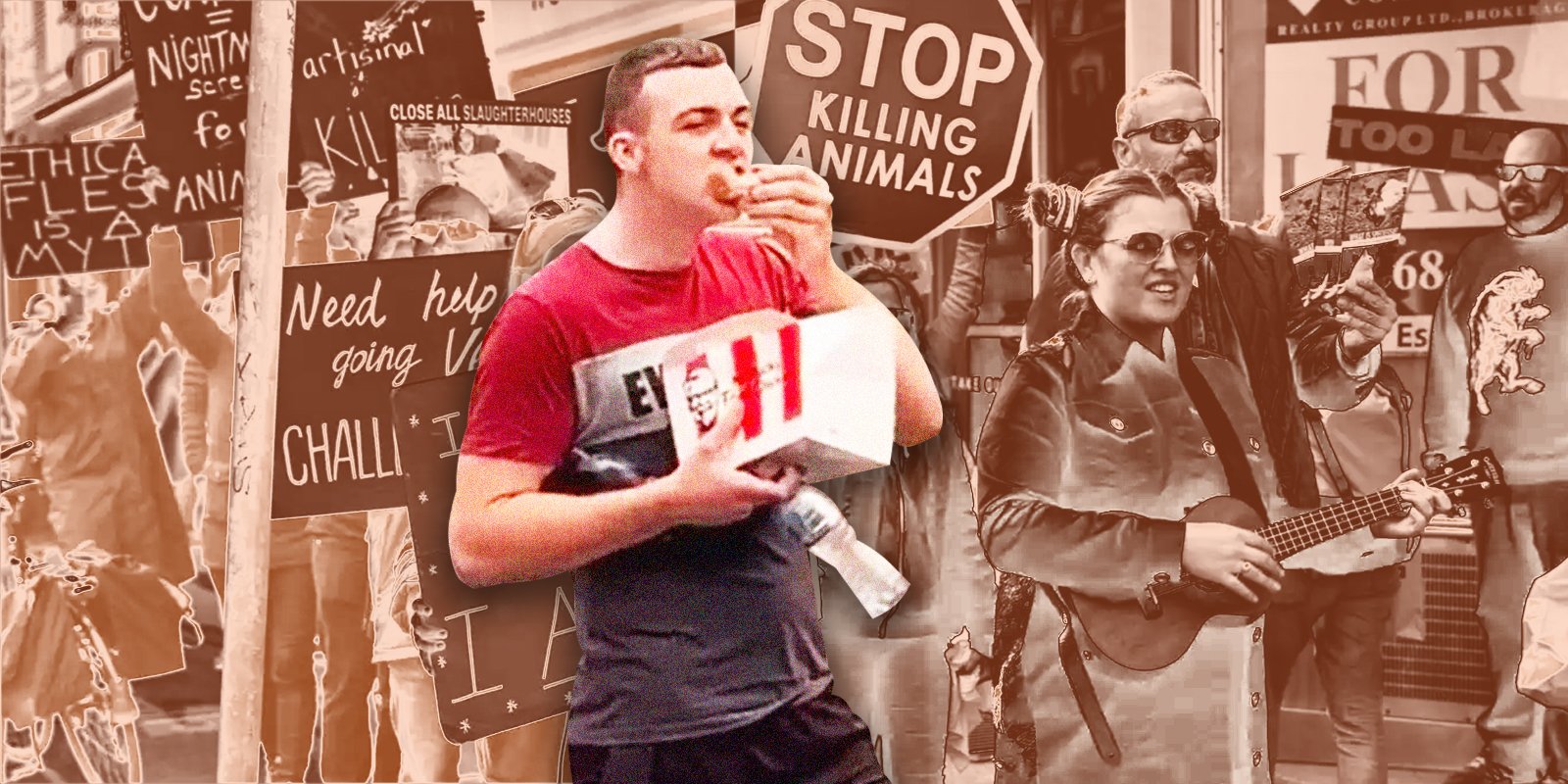 A man who can be seen eating KFC chicken outside of a vegan protest has stirred up some controversy.

Footage of the man has been posted to the video-sharing social network TikTok. The video was captioned “meat-eating protest in Sydney gets a hungry visitor.” The video has gone viral, already accumulating 249.8 thousand likes and over 2 million views.

The protest took place in front of the Town Hall in Sydney. It was partly organized by Anonymous for the Voiceless—a vegan activist group formed in Melbourne Australia in 2016. The group organizes events throughout the world.

The protest was full of activist wearing ‘V for Vendetta’ masks and holding signs that said “TRUTH” on them. They also had laptops showing brutal footage of animals being slaughtered and other videos pertaining to the meat industry.

In the video, laughing can be heard from behind the camera as the man attracts attention from people who are passing by.

Some commenters were all for the man’s actions saying “Not all heroes wear capes, some eat KFC.”

Other users did not appreciate the man’s actions, writing, “Why do people think it’s cool to lack empathy for other lives and then make fun of people that actually care? I’m genuinely curious.”

Another wrote, “I’m not a vegetarian or anything but like why are you so childish?”

The group gave their reasoning for wearing ‘V for Vendetta’ Masks on their website noting “The mask has been used by Anonymous, as well as by thousands of others around the world in recent history, as a unifying symbol against the forces that still promote discrimination, corruption, injustice and oppression in any form in our society today.”

One user summed up the incident by commenting “It’s a protest of a protest, that’s too many layers for me to understand.”