WATCH: Hunter Biden claims he did nothing wrong in Ukraine—but wouldn't do it again

"What I didn't take into account was how they would use the perception against my dad, and for that I wouldn't do it again for that reason," Biden explained. 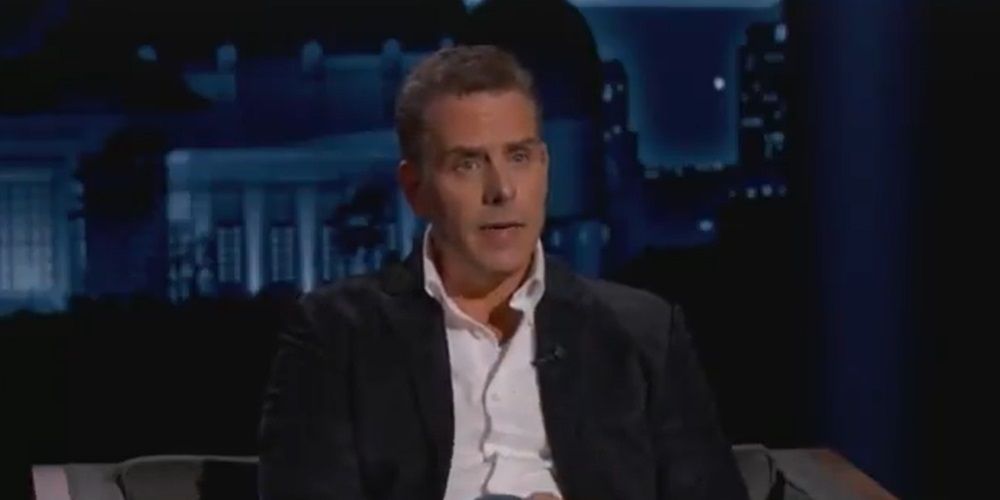 Hunter Biden, son of President Joe Biden, said in an interview with Jimmy Kimmel on Thursday night that even though he believes that he committed no wrongdoing while working with Ukrainian energy company Burisma, he would not do it again.

"You wrote, 'did I make a mistake by taking a seat on the board of a Ukrainian gas company? No. Did I display a lack of judgement? No. Would I do it again? No,'" Kimmel quoted from Hunter's book.

"I meant what I said, I meant what I wrote. Go to the beginning, you know, I went to Yale Law School, I served on at least a dozen boards before Burisma. I was the vice chairman of the board of Amtrak, I was chairman of the board of the World Food Program US supporting the largest humanitarian organization in the world," the younger Biden said of his experiential background.

Critics of the Biden family have often wondered what expertise Hunter Biden had which allowed him to get on the board of Burisma, given that he had no background in energy.

Despite insisting that he was perfectly qualified for his position, Hunter Biden insisted that he would not serve on the board of Burisma again given the knowledge he has now, citing how the "perception" of it would be used against his father.

"What I didn't take into account was how they would use the perception against my dad, and for that I wouldn't do it again for that reason," Biden explained.

Despite insisting that the issues with Burisma were merely a problem of perception, Biden never explained the context of the various leaked emails in which he appears to have involved his father in his business interests even while he was serving as Vice President, nor did he address the more direct allegations on the matter made by his former business partner Tony Bobulinski.

Biden did not answer questioned regarding his business interests in China either, another controversy which arose during the 2020 presidential election cycle.