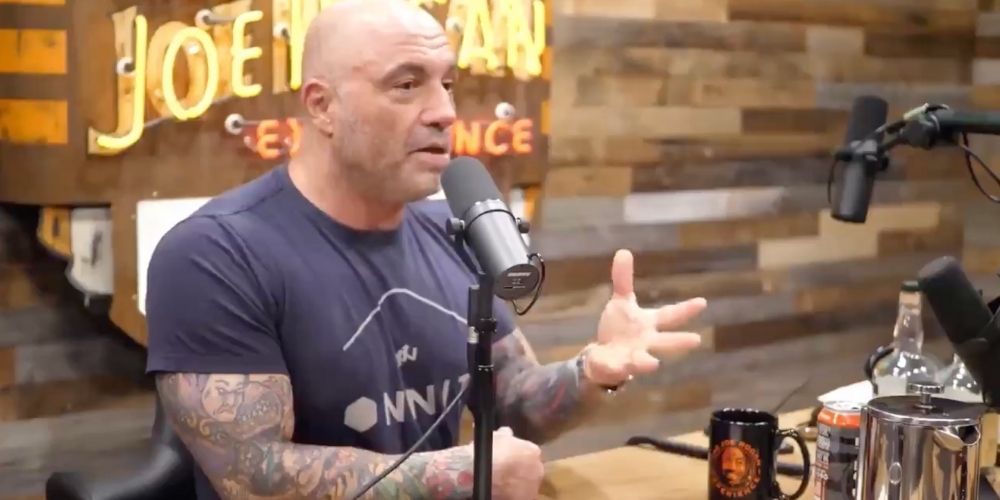 "It all comes down to young, hungry actors saying whatever they believe casting directors are going to want to hear to land the job," said Rogan.

Elaborating on the heavy show business industry influence on Los Angeles, Rogan added "and it also massively affects the politics of the place. And not just politics, but social discussions, the way people communicate. Because it's an incredibly disingenuous way of communicating, you want to say the things that people are going to want to hear, because that way they're going to cast you."

Rogan said that people moving to Hollywood or the Los Angeles area to get into show business get "corrupted by that system."

He added that a lot of these young actors have "a conglomeration of opinions that they've adopted, because they think it'll be beneficial for their career, because their career is they're insecure people that go to a place where they're gonna get rejected a lot, right? It's the worst thing ever for their mental health."

Rogan questioned the mindset of the industry, and how all those creatives can have nearly identical viewpoints. The reason Rogan puts forth is because they’re not genuine opinions.

Rogan added that the "industry has made a bunch of fucking insane people, because they were insane going in there." It is a melting pot of people that already needed a lot of attention, combined with copious amounts of rejection.

"You can feel the angst pulsating off their bodies. And you run into that more often than you don’t. Because most people are bitter, and most people are weirded out, and they adopt these liberal sensibilities and ideologies and they don’t necessarily do it because they thought these things through," said Rogan. "I mean occasionally you’ve got your Mark Ruffalo type characters who are really all in, but most of them are not. Most of them are just nonsense people and those nonsense people will just get on stage and they’ll say at the Academy Awards or the Grammys,’This is what we have to do. We have to make sure that we support this, and that.’ It’s f-cking horse sh-t."

Later in the conversation, Rogan commented on a video created by numerous celebrities in the wake of George Floyd’s death last year. In reference to the celebrities stating they wouldn’t stand for racism, Rogan asks "how much racism are you standing for?"