WATCH: Jordan Peterson says It's naive to think the Russians are going to lose and we're going to win in Ukraine

"I don't know what the preconditions for peace might be," Peterson said. "But I do know that naive notions that the Russians are going to lose somehow, or that we're going to win — I just don't understand that." 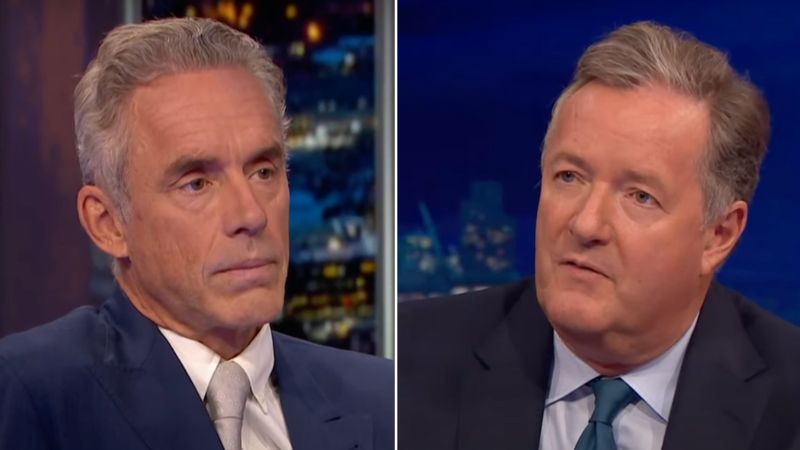 Joshua Young Youngsville North Carolina
Sep 24, 2022 minute read
ADVERTISEMENT
ADVERTISEMENT
Professor and psychologist Jordan Peterson appeared on the podcast Piers Morgan Uncensored Wednesday, and explained how difficult it would be for the West to attain a "victory" against Russia as the war in Ukraine edges towards winter.

"I don't know what the preconditions for peace might be, Peterson said, "But I do know that naive notions that the Russians are going to lose somehow, or that we're going to win — I just don't understand that."

Peterson expounded on the lack of clarity around what a victory for either Ukraine or the West would look like.

"I guess a victory would be that the Russians retreated from Ukraine," Morgan said.

"With Ukraine in ruins," Peterson replied. "That's a hell of a victory."

Peterson's assertion was that even at this rate, Russia is poised for a "victory" even in the face of an exit from Ukraine.

"His endgame for failure is that Ukraine is left in a smoking ruin. Oh, that's a victory. So then he can lose with impunity. Right, so how can we win?" Peterson continued.

"We can't win against Vladimir Putin anyways, because you cannot win against someone you cannot say 'no' to. Period. And we can't say no to Putin because we sold our soul for his oil and gas and we did that to elevate our moral stature in relationship to saving the planet."

Peterson's "sold our soul" comment comes as it was revealed earlier this year that Russia dominates the global energy sector. Further, European countries, especially Germany, had to increasingly turn to Russia for energy as the demand outpaced the supply from dubious green technology alternatives. Accordong to Peterson, the West is "facing a very dire winter hoisted on the petard of our own foolishness and moral presumption."

"Assuming that we're facing an environmental crisis of planetary proportions, which is not something I buy, by the way," Peterson remarked. "Then I would imagine that you would put in place measures that would ameliorate that problem instead of exacerbating it. But all the measures you're putting in place are actually making the environmental problem worse."

Peterson was referring to the West, from Germany to the United States, insisting on green energy alternatives that had proven consistently unreliable and unable to meet demand, forcing reliance on foreign adversaries to make up the difference in energy needs.

Peterson said the answer rested in what George Orwell, a renowned anti-socialist, said of middle class socialists 50 years ago: "It's not that you love the planet. It's that you hate humanity."
ADVERTISEMENT
ADVERTISEMENT
PetersonPiers