"I always knew where his head was at, so I didn't have to do a lot of circling back President Trump gave a lot of access to me," she concluded. 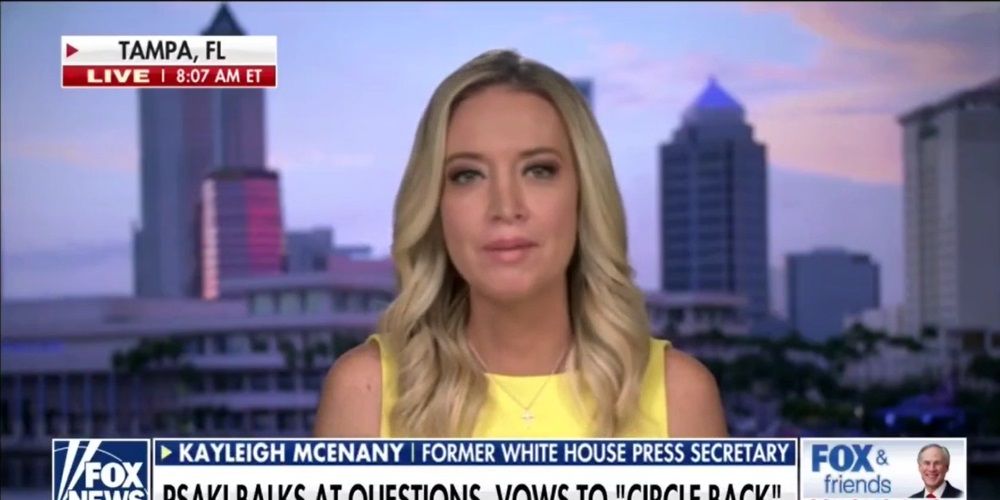 Former White House press secretary Kayleigh McEnany, who served during the final months of the Trump Administration, appeared on Fox News on Wednesday to criticize current Biden press secretary Jen Psaki and her continuous promises to "circle back" with journalists when asked questions.

During the segment, the network first played numerous clips of Psaki dodging questions asked by journalists during press briefings, many of which used the phrase "circle back."

"I've said before and I mean it, I wish Jen Psaki all the best," Kayleigh began. "It's a very hard job."

"But that being said, we took great pains during our administration to do hours and hours and hours of research beforehand, days sometimes... to get answers," she continued.

"Before every press conference, I would go in with a list of items that I thought the press would ask and go through one-by-one.

"I always knew where his head was at, so I didn't have to do a lot of circling back President Trump gave a lot of access to me," she concluded.

McEnany was appointed as President Trump's press secretary in the final months of the administration. During her tenure, the White House returned to holding public press briefings, which had been suspended over a year before her appointment.

She has since joined Fox News as a television contributor.