“Why? Because we are a race of explorers!” 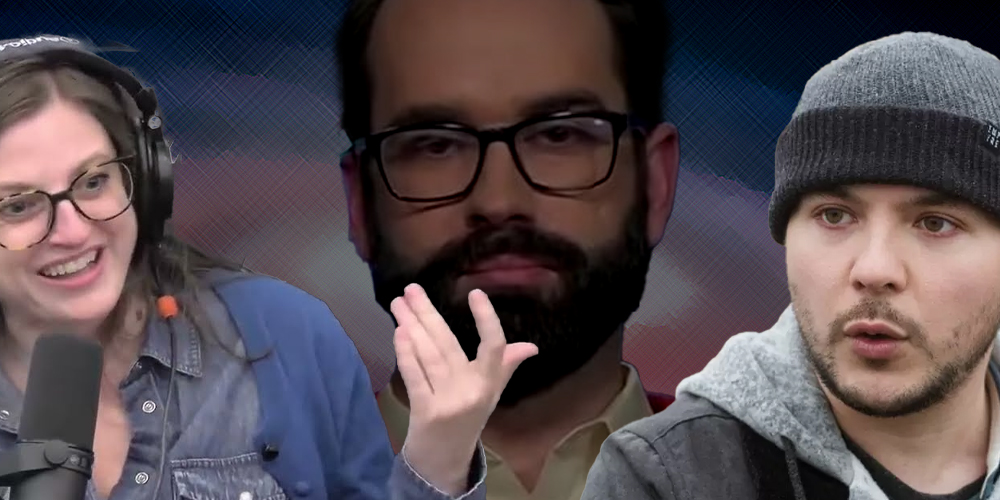 The Post Millennial’s editor-in-chief on Tim Pool's Timcast IRL defended the liberation of exploring the stars in the face of the crushing qualms of reality that have kept mankind on Earth.

Pool's daily show was shooting live in Nashville this week, where Pool hosted luminaries from The Daily Wire, including Matt Walsh, who was also in favor of humanity's exploration of the stars.

It was amidst the more difficult subjects on Tuesday night like Gibson’s Bakery at Oberlin college, controversy surrounding the anti-grooming law in Florida, and the recently unfolding Brooklyn subway shooting tragedy in New York that the group managed to fit in the subject of space exploration.

Pool focused on the realist aspects of space exploration, as in highlighting the entropy problem of energy. But that didn’t turn him off from the extraterrestrial conversation overall.

Elijah Schafer of the You Are Here podcast responded with skepticism to Emmons and her appeal to the optimism of adventure that exploring space would present to humanity. Tim backed Libby’s point up with a touch of realism by alluding to the ambitions of SpaceX’s Elon Musk when it came to colonizing Mars.

But Schafer doubled down on his doubts about human nature going wrong.

"I want to make this point about the colonization. Is sometimes I think that humans, we have this big man syndrome where I agree with the exploration, and my wife was really having a difficult time we have been watching like cave accidents. And she's like, 'why are people going into caves?' And I and this is where I would concede your point. I said, ‘Dude exploration, and this idea of of pushing the boundaries as part of the human spirit that God gave us.'"

"But going into space is sort of a taxpayer funded burden…. that I feel in many ways. I mean, the privatization of it, what's happening now is still very interesting as we're moving in that. But overall, it's been very costly. I've always wondered, those resources, and that movement with going to Mars almost seems like a distraction…" Schafer said

Emmons argued that the problems of space exploration solve themselves when it comes to the potential rewards and discoveries that are possible in the pursuit.

Walsh of The Daily Wire made the pragmatic decision of ordaining that the societal focus on space exploration would solve the general depression and pessimism experienced in modern day culture.

Walsh said the best approach is from a fun mindset rather than realistic doom and gloom.

In the alternative media slate of content that Tim Pool’s enterprise is promoting, one of these ventures includes the usage of livestreaming chickens 24 hours a day, 7 days a week.

This so-called "Chicken City" joint is said to be seriously considered enough that Pool is aiming to advertise it during Tucker Carlson’s primetime show on Fox News.