The plight of The Bearded Pig eatery is one of many such cases across America right now. 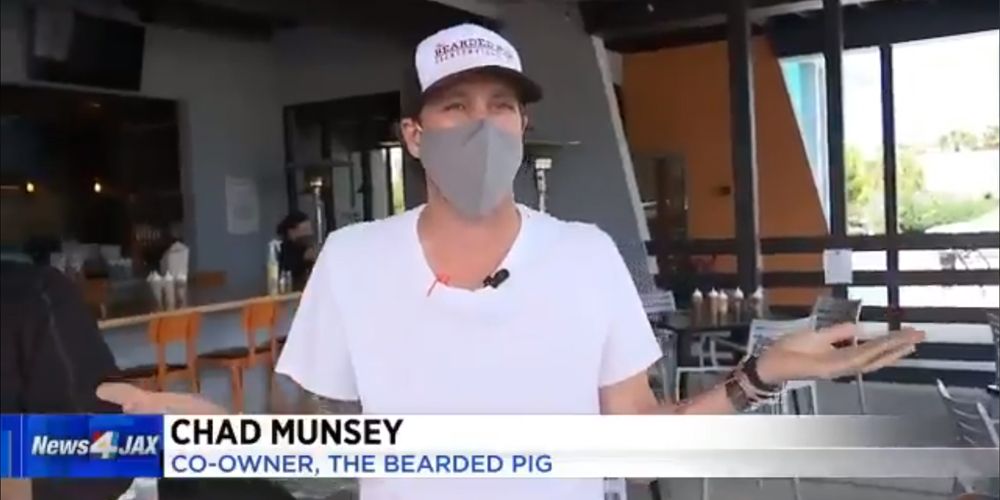 On Monday, White House Press Secretary Jen Psaki deflected in the face of reporter questions about how increased federal unemployment benefits are linked to the historically sluggish jobs numbers.

The Biden White House was off by hundreds of thousands in their estimates. They wanted “more than 700,000” for April and ended up with a measly 266,000. The President had to make a public address to do damage control. In a speech he reassured Americans whatever the White House’s plans are, are somehow working.

But recent reporting begs to differ.

Vic Micolucci of WJXT4 went to a local restaurant and interviewed the owner about how they can’t get people to apply for jobs.

The business even has to close on Mondays because management doesn’t have a strong enough workforce to schedule for a seven day work week. As it stands for the restaurant, they feel the need to give their existing staff a day off.

“We’re not even getting anyone applying, it’s the craziest thing.” One of the owners tells the news crew. They blamed President Biden paying so much for people to stay unemployed, that taking on a full-time job seems like more of a bother.

This same sort of reluctance is hitting other parts of the US right now, in a struggle to return to normal. Teachers union bosses are blaming Trump for schools not reopening, while simultaneously Biden’s CDC is making excuses for their slow and rough guidance on that front.

Black Lives Matter's leadership is funneling hundreds of thousands of dollars to fund their personal lifestyle. At the expense of American stability, as the Antifa gangs that have cropped up over the past year have to be shooed out of Florida state by Governor Ron DeSantis.

It’s not like the Florida Governor could expect federal help with that, any time soon.