"Let us start a campaign to take down racist monuments like that filthy one right around the corner," the man said. 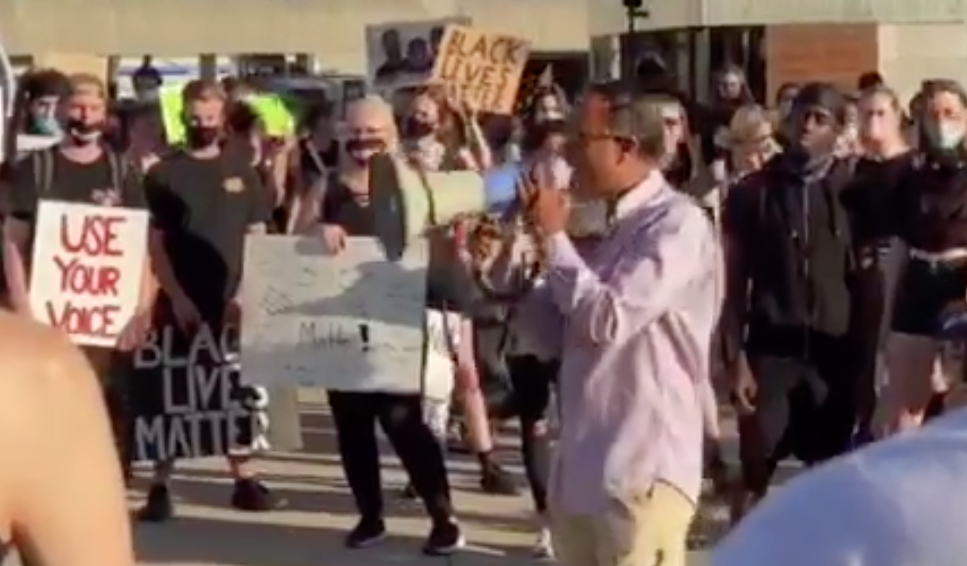 Protests in support of the Black Lives Matter movement continued in Toronto today, where protestors gathered in Nathan Philips Square. At one point, a man took the megaphone to espouse his view that the British Empire was not a worthwhile enterprise and that the downtown statue of Sir Winston Churchill should be taken down.

"It was not at all a good thing for the majority of the planet and the people who do not happen to have white skin. Let us start a campaign to take down racist monuments like that filthy one right around the corner. As a matter of fact, when we're done here, let's walk and scream and yell at that horrible statue, that horrible monument," the man said.

Protests have been ongoing in Canada, the US, and worldwide since the police killing of George Floyd by Derek Chauvin in Minneapolis on May 25. A woman who died when she fell from her 24th floor balcony, Regis Korchinski-Paquet, is also remembered at the protest events in Canada. As protests continue, the demands of the Black Lives Matter movement have solidified around justice for George Floyd, and defunding the police.

While Chauvin was initially charged with third degree murder and manslaughter, those charges were increased to murder two. The other officers who attended the scene have also had charges laid. The final demand, of defunding the police force, has been absolutely rejected by Ontario Premier Doug Ford, who said today that he does not believe in doing that at all.