A video shows window washers hanging on desperately as the scaffolding swings out of control and crashes into the side of Edmonton’s Stantec Tower. 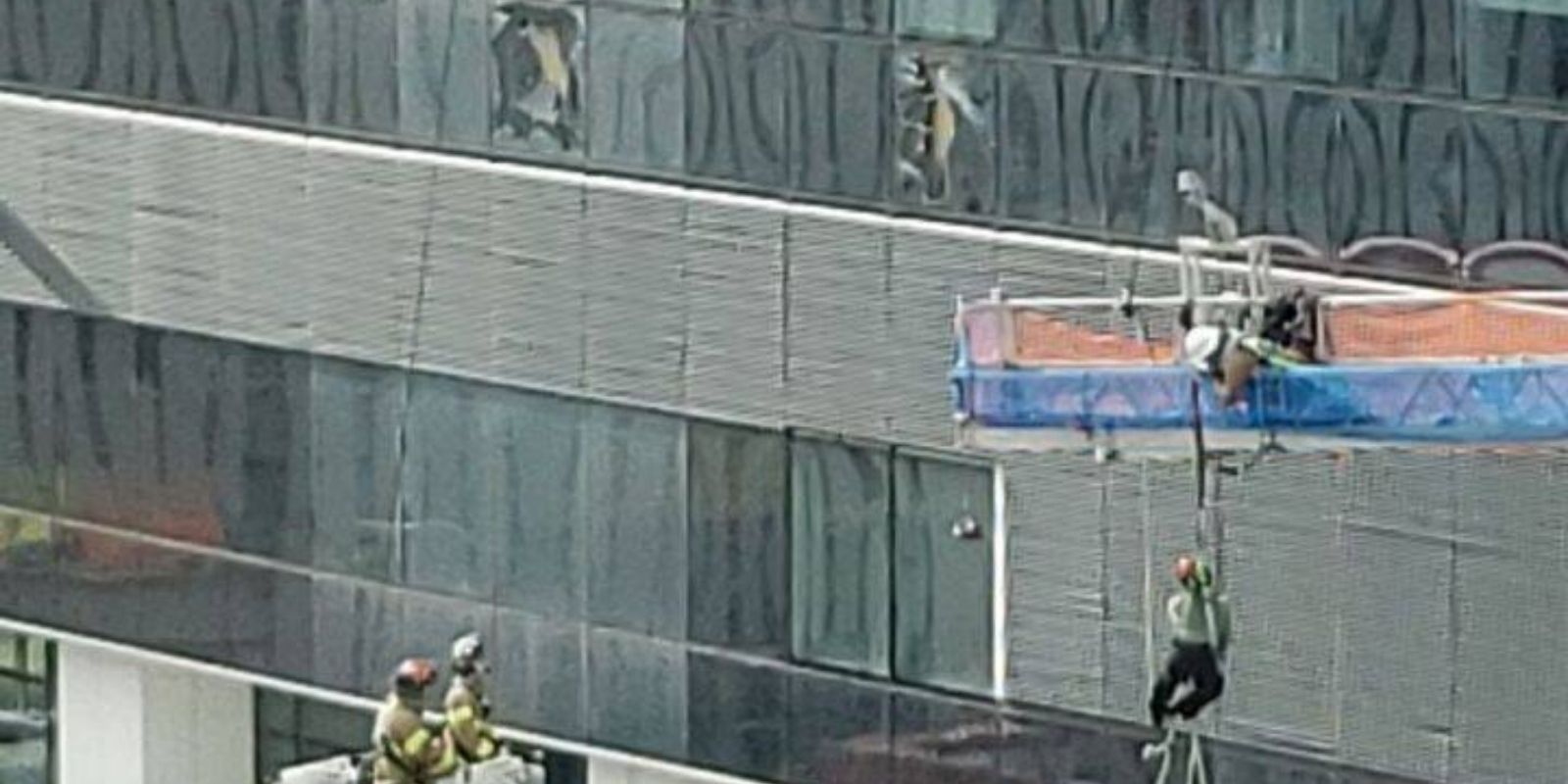 A video just released on social media shows window washers hanging on desperately as their scaffolding swings out of control and crashes into the side of Edmonton’s Stantec Tower.

At the end of the video one man is seen flung out of the scaffolding only kept up by his safety harness.

Firefighters performed a rescue mission to save the washers using a ladder truck and a pulley system. The scaffolding was about five stories above the ground.

Shortly before the incident, a wind warning had been announced in Edmonton, with estimated wind speeds of up to 100 km/h. It is unclear whether the wind had caused the incident.

The incident resulted in two windows breaking as the scaffolding slammed into the side of the building.