"That's OK now because we have a new president," Pelosi said about negotiations for the stimulus bill, a process she has refused to engage in for months. 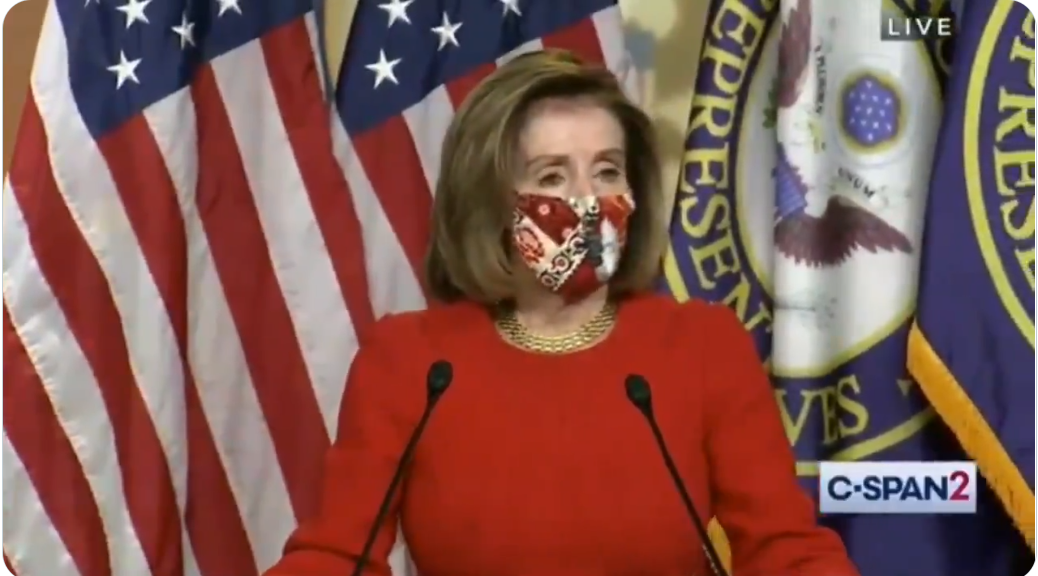 Speaker of the House Nancy Pelosi said today that the reason she's been holding up COVID relief since May because she just really doesn't like President Donald Trump.

"Don't characterize what we did before as a mistake as a preface to your question if you want an answer," Pelosi said. "That was not a mistake it was a decision and it has taken us to a place where we can the right thing without other shall we say, considerations in the legislation that we don't want. I'm very proud of where we are."

The HEROES Act, costing some $2.2 trillion, would have been the second round of coronavirus stimulus for the American people, but it was held up in Congress because Pelosi would not negotiate the terms of that bill with the White House. She repeatedly blamed Trump for not stooping to her terms, and now, it turns out, that her reasons were primarily that she was never willing to capitulate anything.

In fact, Pelosi is now saying that she will accept even less of the package than Trump was offering. Trump's offer was about $1.6 trillion. Pelosi and her Democrats are now willing to take $900 billion or so. The stand-off with the White House was partisan maneuvering, and on Friday, Pelosi basically said so.

In discussing the new negotiations for the bill, which will be drastically smaller than her original demands, which was what the White House had been asking for all along, she said that the vaccine was a "game-changer."

The Biden win also had much to do with her change of heart. She said

"That's OK now because we have a new president," Pelosi said about negotiations for the stimulus bill, a process she has refused to engage in for months, "a president who recognizes we need to depend on science."

The negotiations are likely to result in the passage of a bill to get relief to Americans who have been suffering under the government shutdown of the economy.

In making this pronouncement, Pelosi said aloud what many Americans believed, which was that she was holding these funds hostage to a Biden win. Now that she's got it, she will allow money to go where it's needed.