WATCH: Nancy Pelosi rips up State of the Union speech

As Donald Trump ended his well-received State of the Union speech on Tuesday night, Nancy Pelosi tore up her own copy of the speech in front of the nation. 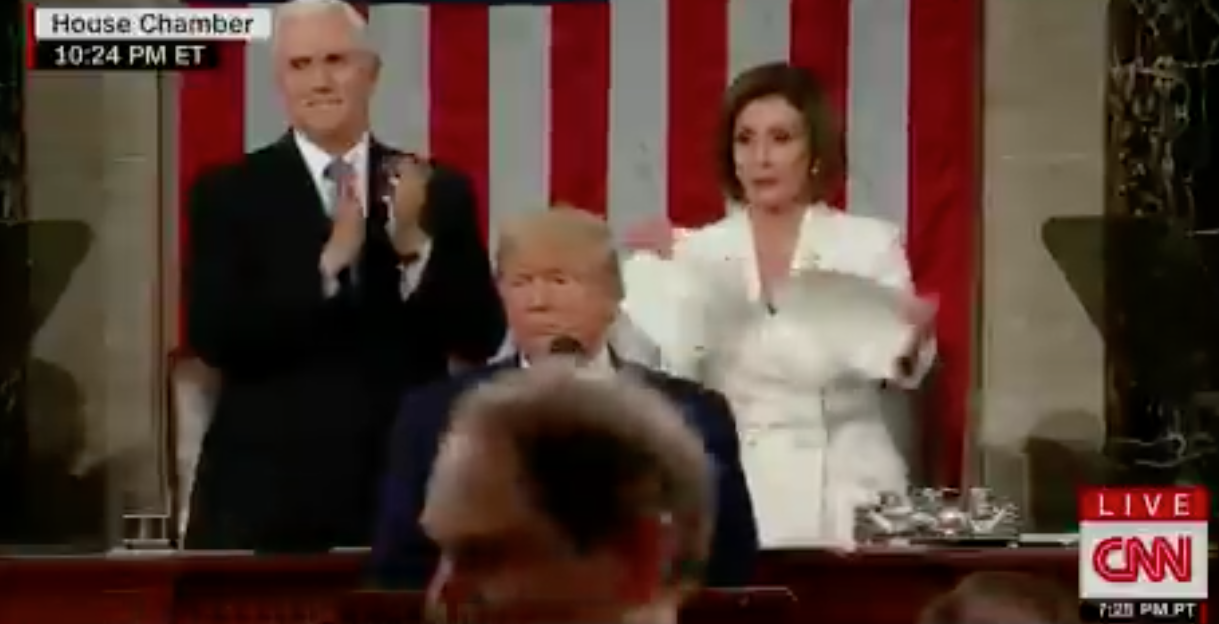 As Donald Trump finished his well-received State of the Union speech on Tuesday night, Speaker of the United States House of Representatives Nancy Pelosi tore up her own copy of the speech.

Progressives on Twitter rejoiced at Pelosi’s unprecedented move while most viewed the act as disrespectful.

When asked why she did it, Pelosi claimed it was the “courteous thing to do.”

Former U.S. ambassador to the UN Nikki Haley tweeted, “Disappointed to see @SpeakerPelosi rip up the speech that mentioned lives we’ve lost and heroes we celebrated at the SOTU. No matter how you feel or what you disagree with, remember others are watching. This was unbecoming of someone at her level in office.”

Pelosi has been at the forefront of the effort to remove the president from office on impeachment charges. The effort is expected to fail as early as tomorrow.