New footage showing the slaying of a Trump supporter has surfaced, showing another aspect of the tragic incident on Saturday night. 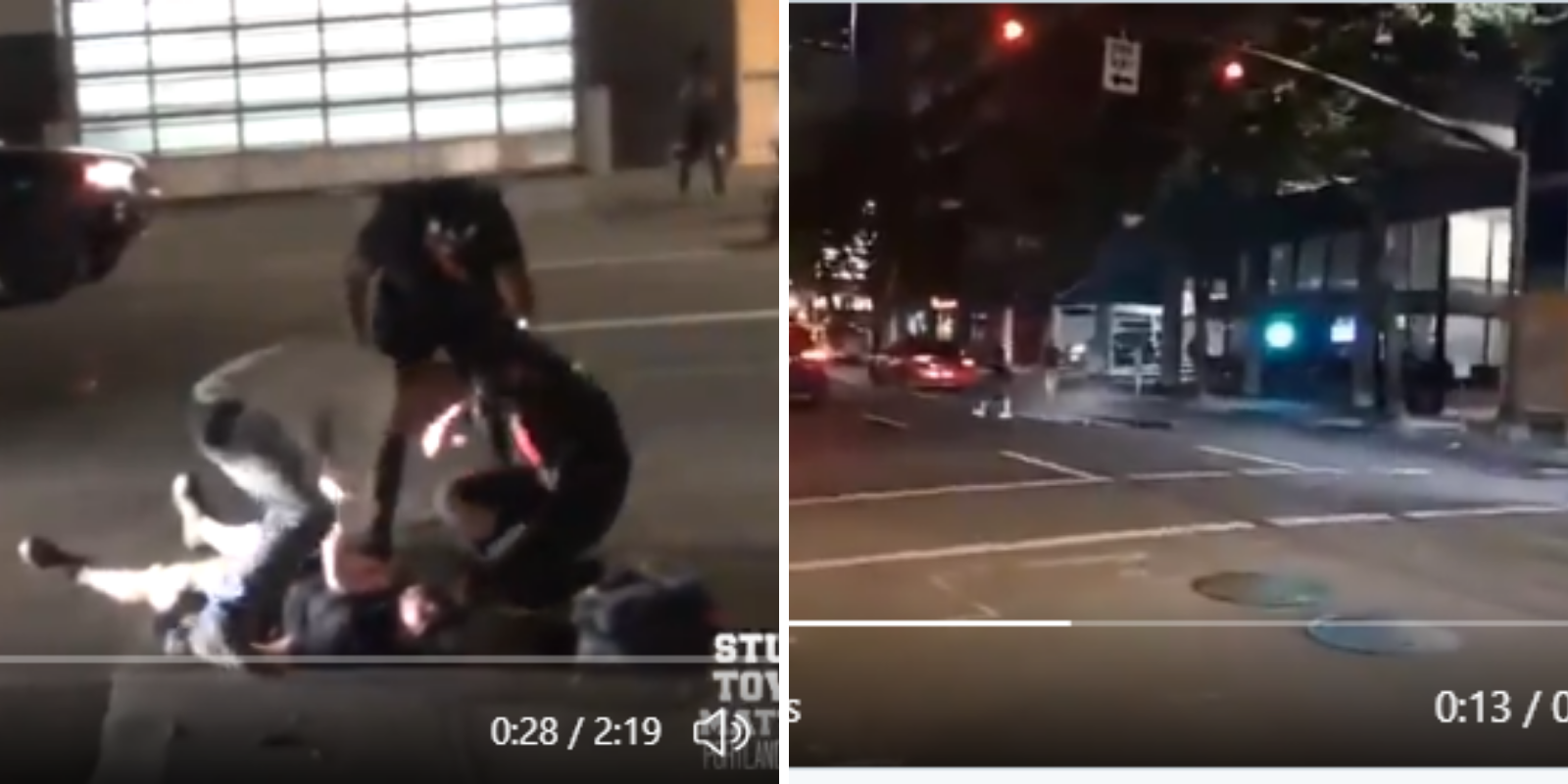 New footage showing the slaying of a Trump supporter has surfaced, showing another aspect of the tragic incident on Saturday night.

The footage, which posted on the YouTube channel Stumptown Matters, went viral on social media after it was clipped on Twitter.

The video begins with the cameraman pointing the camera at the ground when shouts are heard. Two gunshots gunshots ring out. The camera then focuses on the victim, who is already on the ground. A man in a white shirt, who is apparently a friend of the victim, appears and attempts to revive him.

Shortly thereafter, after people show up, a person whom onlookers claim is a "medic" pulls out a first aid kit. The man in the white shirt pushes her away as she leans over the victim.

Some of the onlookers appear to be Antifa militants, who scold the man in the white t-shirt. Seconds later, officers from the Portland Police Department roll up, shooing the group gathered around the victim away before administering proper medical help.

The police take over the care of the victim and start asking questions of the man in the white shirt and others gathered around the location.

A woman’s voice can be heard describing that the shooter had fled in a red car. It is unclear if this actually happened.

After the man was pronounced dead, many Black Lives Matter and Antifa militants protesting in the street celebrated the man's death, calling him a “Nazi” and claiming a “victory against Trump”.

Footage of the fatal incident shows a loss of control by the city's failing Mayor Ted Wheeler, who rejected help from the federal government in quelling the riots that have been raging for almost three months.