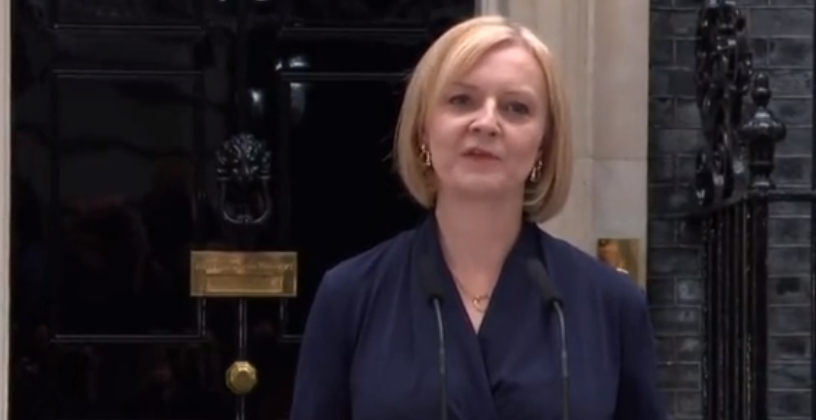 Liz Truss introduced herself to the British public for the first time as prime minister on Tuesday, starting off by paying tribute to her predecessor Boris Johnson.

Truss spoke to media from 10 Downing, where she said she had accepted Her Majesty the Queen's "kind invitation to form a new government."

"History will see him as a hugely consequential prime minister.

"I'm honored to take on this responsibility at a vital time for our country. What makes the United Kingdom great is our fundamental belief in freedom, enterprise, and fair play," she said.

In her speech, Truss focused on three immediate priorities that she would tackle as prime minister.

According to BBC News, those areas are:

US President Joe Biden congratulated Truss on Twitter after the conclusion of her speech, saying that he looks "Forward to deepening the special relationship between our countries and working in close cooperation on global challenges, including continued support for Ukraine as it defends itself against Russian aggression."