“The fact that our President has watched Days of Girlhood - it’s kind of epic,” said a very excited Mulvaney. “I’m not going to lie. I’ve been having a rough go of it lately. A lot of darkness and today was what I needed to keep going.” 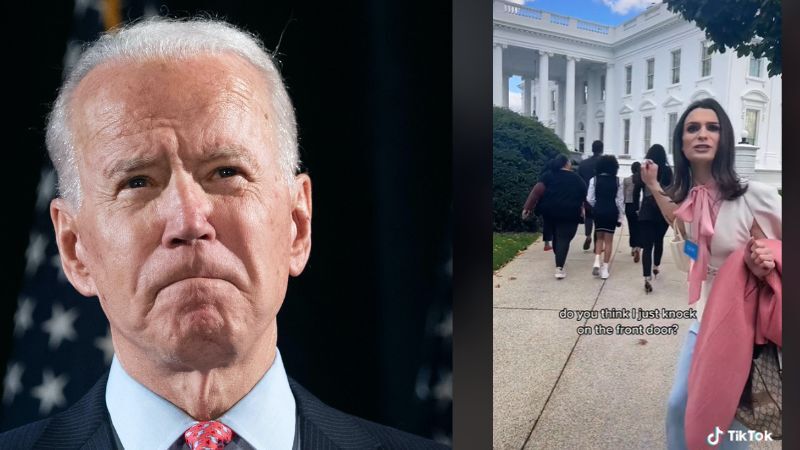 A comedian-turned-influencer famous for the TikTok series 100 Days of Girlhood, which tracked the biological male’s journey from being non-binary to being a girl, was invited to the White House Thursday to speak with President Biden.

In a TikTok video showing before and after the meeting with the President, Dylan Mulvaney, giving a signature, over-exaggerated performance of woman, squeals with delight at the prospect of meeting the leader of the free world and prances about showing off the outfit in the colors of the trans flag, selected for the all-important meeting to discuss "trans" issues.


“I get to sit down with Joe Biden … and I get to ask him a few questions surrounding trans issues in the United States,” said the adult male who was on Day 222 of being a “girl.”

Mulvaney’s meeting with President Biden comes just days after the performer was at the center of a social media storm after an appearance on the Ulta Beauty podcast titled "The Beauty of Girlhood," in which Mulvaney and fellow biological male David Lopez discussed girlhood, the definition of beauty, and their experiences of femininity, leading to backlash from women and a boycotting effort.

The TikTok celebrity, who once referred to women's genitals as "barbie pockets," vowed to rise to the challenge and show the President that “trans people aren’t going anywhere …and that trans kids …deserve a fighting chance to be their true selves.”


What went on in the meeting won’t be revealed until the interview airs on Sunday night.

“I can’t wait for you to hear everything we talked about,” gushed Mulvaney. “I left with a lot of hope and optimism, not just for trans people, but many different topics.”

“The fact that our President has watched Days of Girlhood - it’s kind of epic,” said a very excited Mulvaney. “I’m not going to lie. I’ve been having a rough go of it lately. A lot of darkness and today was what I needed to keep going.”

The adult male who identifies as a girl concluded the video by imploring people to get out and vote in what Mulvaney believes is going to be one of the most important elections of our lifetime.