WATCH: Parents claim that their four-year-old child is transgender

At the age of two, Matthew and Klara's daughter Stormy told family members that "I'm not a girl, I think I'm a boy." 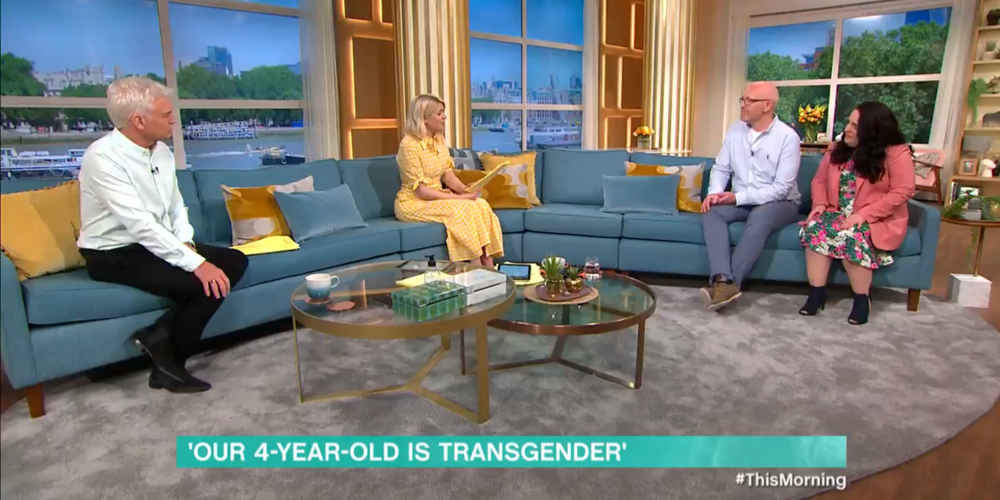 At the age of two, Matthew and Klara's daughter Stormy told family members that "I'm not a girl, I think I'm a boy."

The parents sat down with This Morning hosts Holly Willoughby and Phillip Schofield to talk about the road to this realization, and the change of heart they had.

"18 months ago, two years ago, if I had heard this story from somebody else I wouldn't have believed it," said Matthew. "I though it was all made up. I though it wasn't real. I though the whole thing was made up by parents."

Matthew added that now having learned about and lived through the decision and process, that he "absolutely supports what Stormy has decided to do."

"And thats the thing, isn't it. As a society, we tend to want to put people into a girl or a boy box. That just fits with what we know," replies Willoughby. "It makes sense. It makes us feel comfortable. But that's not reality actually, is it?"

Matthew advocated for people to unlearn that "biological sex and gender is the same thing," so that they too can "celebrate" the decisions that these children are making.

Columnist Rita Panahi retweeted the This Morning clip, adding "A transgender 4-year-old is like a vegan cat. We all know who's making the lifestyle choice," quoting The Post Millennial writer Blaire White.