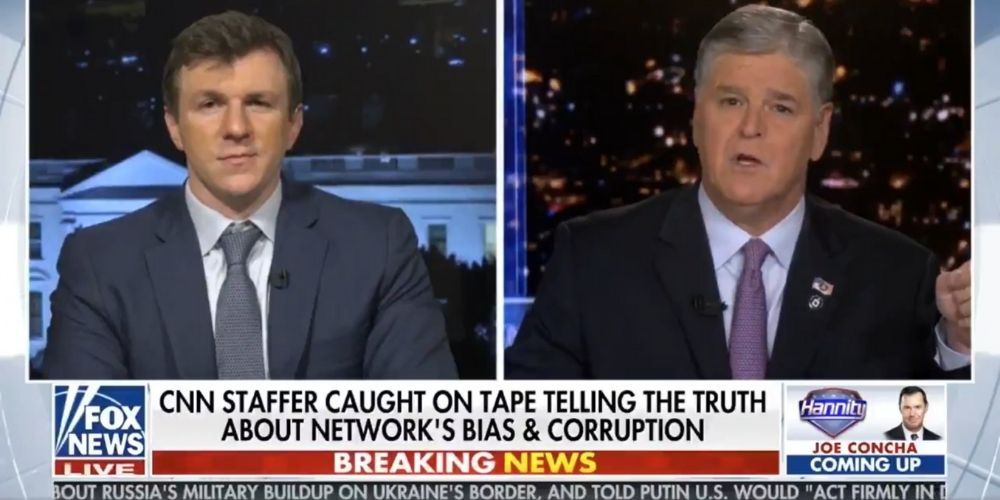 Project Veritas unleashed a series of undercover videos targeting CNN’s Technical Director Charlie Chester. He was recorded talking to a female journalist about what the network does in terms of their ulterior political motives.

In one clip Chester boasts that CNN was responsible for getting former President Trump out of office due to their biased coverage. "Look what we did, we [CNN] got Trump out. I am 100 percent going to say it, and I 100 percent believe that if it wasn't for CNN, I don't know that Trump would have got voted out…I came to CNN because I wanted to be a part of that."

Charlie Chester specifically said that CNN portrayed Biden’s age and health in the most appealing light they could possibly do. However, when it came to Trump, Chester says CNN brought on medical people to speculate about his health. That from doing so the network was capable of selling the notion that Trump’s mind was on a worse decline.

O’Keefe told Hannity, "It's probably the biggest story by implication. What it represents this guy, a director at CNN… he's admitting the network is propaganda. He says they were trying to get Trump out without admitting that's what they were doing and saw me confront him about that. I just want them to be honest, he's not being honest, they're deceiving."

O’Keefe continued, "he says that they're helping Biden. They're painting Biden in order to help him with this aviator shades. So this is an extraordinary admission. It's the number two trending story globally on Twitter, which is ironic because Jack Dorsey banned, project Veritas from Twitter, yet our stories trend on Twitter. That means the truth is getting out there. No matter what."

Hannity then asked O’Keefe about his conversation with Oliver Darcy, senior media reporter for CNN. O’Keefe relayed the interaction. "We spoke to Oliver Darcy today. He hung up the phone on me. Oliver Dorsey is one of Twitter's top media personalities."

O’Keefe then expanded on Chester who was seen in the videos. "Charlie Chester has deleted his LinkedIn page. They he's taken down his account. He said on LinkedIn, Sean, that he was played a pivotal role in the 2020 election at CNN. So I don't know if this is an FEC violation, but the implications are staggering because Google and Twitter prefer CNN in their algorithms. And CNN considers themselves the most trusted name in news, but here they are admitting that they're trying to help certain political candidates and they're trying to hide that."

O’Keefe told Hannity that CNN has not commented on any of the videos and that Project veritas intends to release more footage Wednesday. O’Keefe concluded the interview by announcing that he intended to sue CNN for defamation for previous stories about him and Project Veritas.