A frustrated Quebec man confronted protestors at a railway in Quebec Thursday, giving blockaders an earful about the damage they have done to the economy. 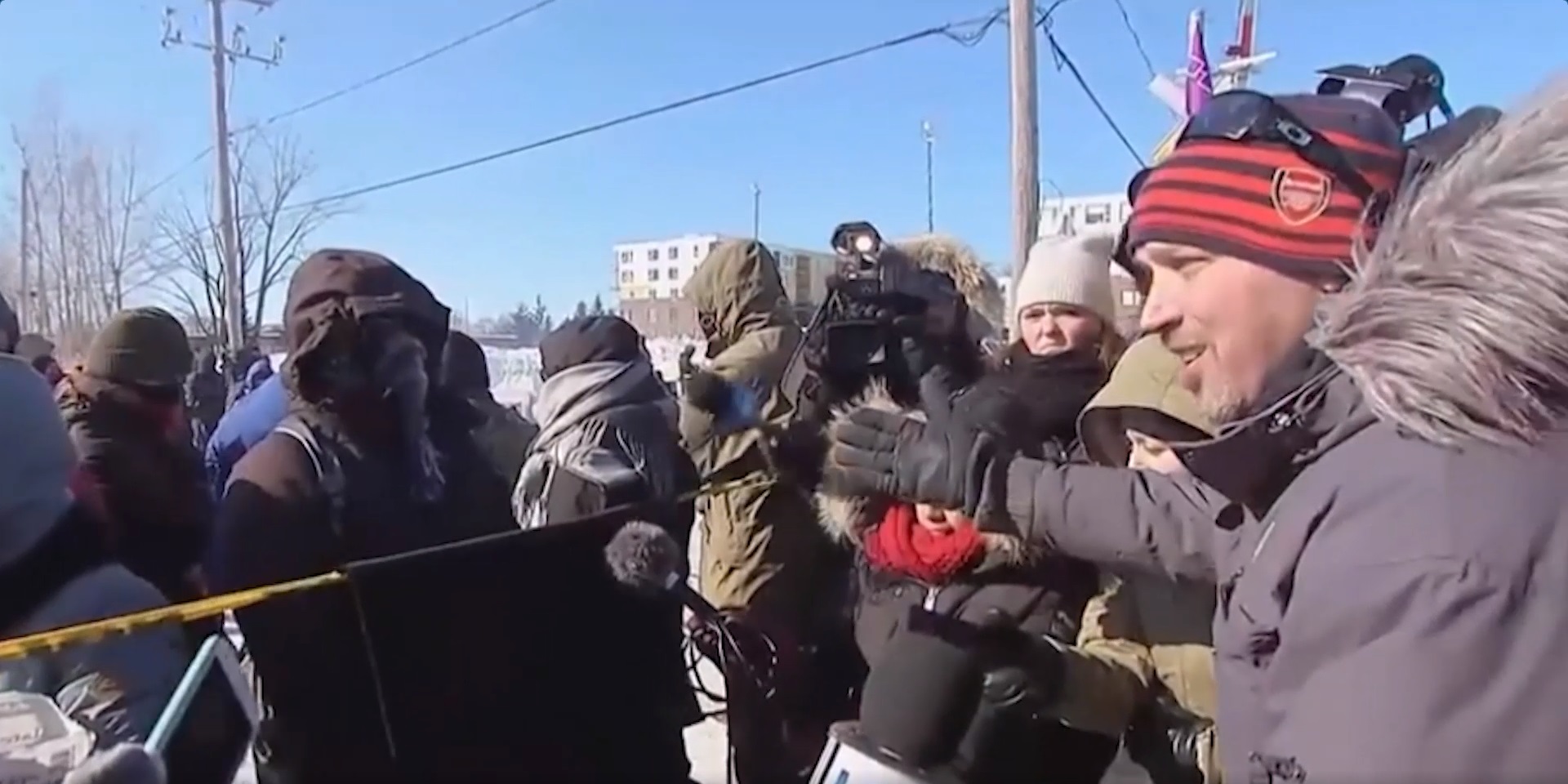 A frustrated Quebec man confronted protestors at a railway in Quebec Thursday, giving blockaders an earful about the damage they have done to the economy.

“You are blocking billions of dollars from our economy. A thousand people have just lost their jobs. I don’t care about Legault and Trudeau, what I want is that you leave here safely, that’s all,” said David Skitt to protestors, translated from French.

VIDEO: TVAnouvelles (Video is in French)

According to TVA Nouvelles, the confrontation ended with a handshake, as the Skitt encouraged protestors to clear the path and to demonstrate without blocking the railway.

“I don’t want to make a big deal out of it, but it’s my city, I love my city, I’ve been here since I was born. They are blocking a main artery and it’s just unacceptable,” said Skitt, calling the atmosphere at the event “carnival-like.”

CN confirmed that it has obtained an injunction to clear blockades on their Saint-Lambert railways.