Johnson was criticizing the Democrats, including Peters, of disseminating disinformation while accusing Republicans of spreading Russian disinformation. 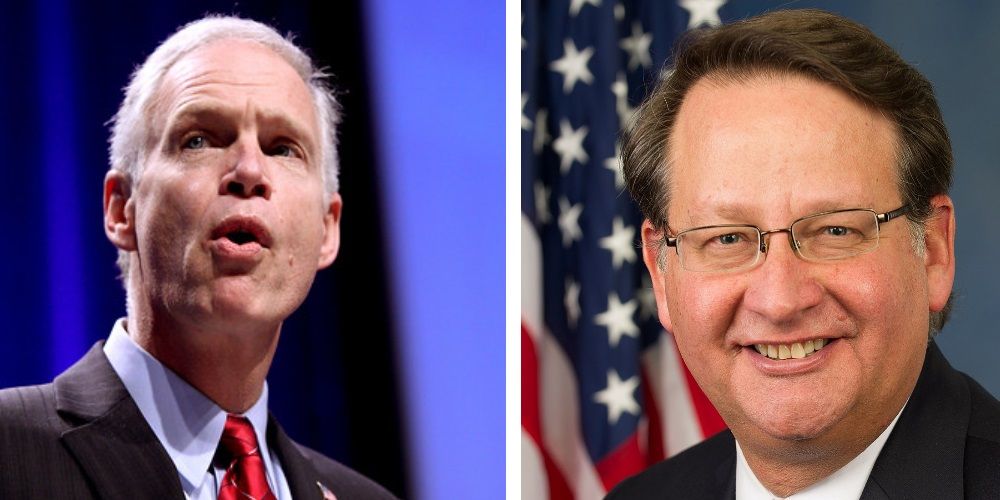 Johnson was criticizing the Democrats, including Peters, of disseminating disinformation while accusing Republicans of spreading Russian disinformation.

"I just have to talk about Russian disinformation because the people pedaling it are not on my side of the aisle," Johnson said.

"Senior Democrat leaders, including ranking member Peters, were involved in a process of creating a false intelligence product that was mostly classified."

"They leaked to the media, that accused Senator Grassley, the President pro tem of the Senate, and myself, of accepting and disseminating Russian disinformation from Andrii Derkach," Johnson continued. He insisted that he had never even heard of Andrii Derkach prior to being accused of such actions.

Derkach was sanctioned by the US Treasury Department in September of this year "for attempting to influence the US electoral process."

"Hillary Clinton's campaign, the DNC, the Steele dossier, the ranking member Peters, accusing Senator Grassley and I of disseminating Russian disinformation, that’s where the disinformation is coming," Johnson insisted.

While Johnson then attempted to hand the floor over to fellow Republican Senator Rand Paul, Peters interrupted insisting that he has "got to respond to that."

Peters insisted that he had "nothing to do" with the report Johnson was referencing, to which Johnson responded that Peters has "lied repeatedly."

"You lied repeatedly in the press that I was spreading Russian disinformation, and that was an outright lie. And I told you to stop lying and you continued to do it," Johnson said belligerently. He then once again unsuccessfully attempted to hand the floor to Senator Paul.

"Mr. Chairman, this is not about airing your grievances," Peters said. "You can't make these false allegations and then drop it at there… This is terrible what you’re doing to this committee and all the great work that you talked about."

"It is what you have done to this committee," Johnson clapped back.

"Falsely accusing the Chairman of spreading disinformation, nothing could have been further from the truth and you’re spouting it again, which is why I had to respond," Johnson finished.

Peters described the allegations from Johnson as "outrageous."

Widespread claims of spreading Russian disinformation were levelled at Republicans following President Donald Trump's victory in the 2016 election, leading to a special counsel investigation which distracted the administration for two years.

Despite a long and arduous investigation, no evidence of collusion between the Trump campaign and the Russian government was found.