Don Lemon, Former GOP strategist and never-Trumper Rich Wilson, and New York Times writer Wahahat Ali had quite the laugh Saturday night, at the expense of the southern and the uneducated. 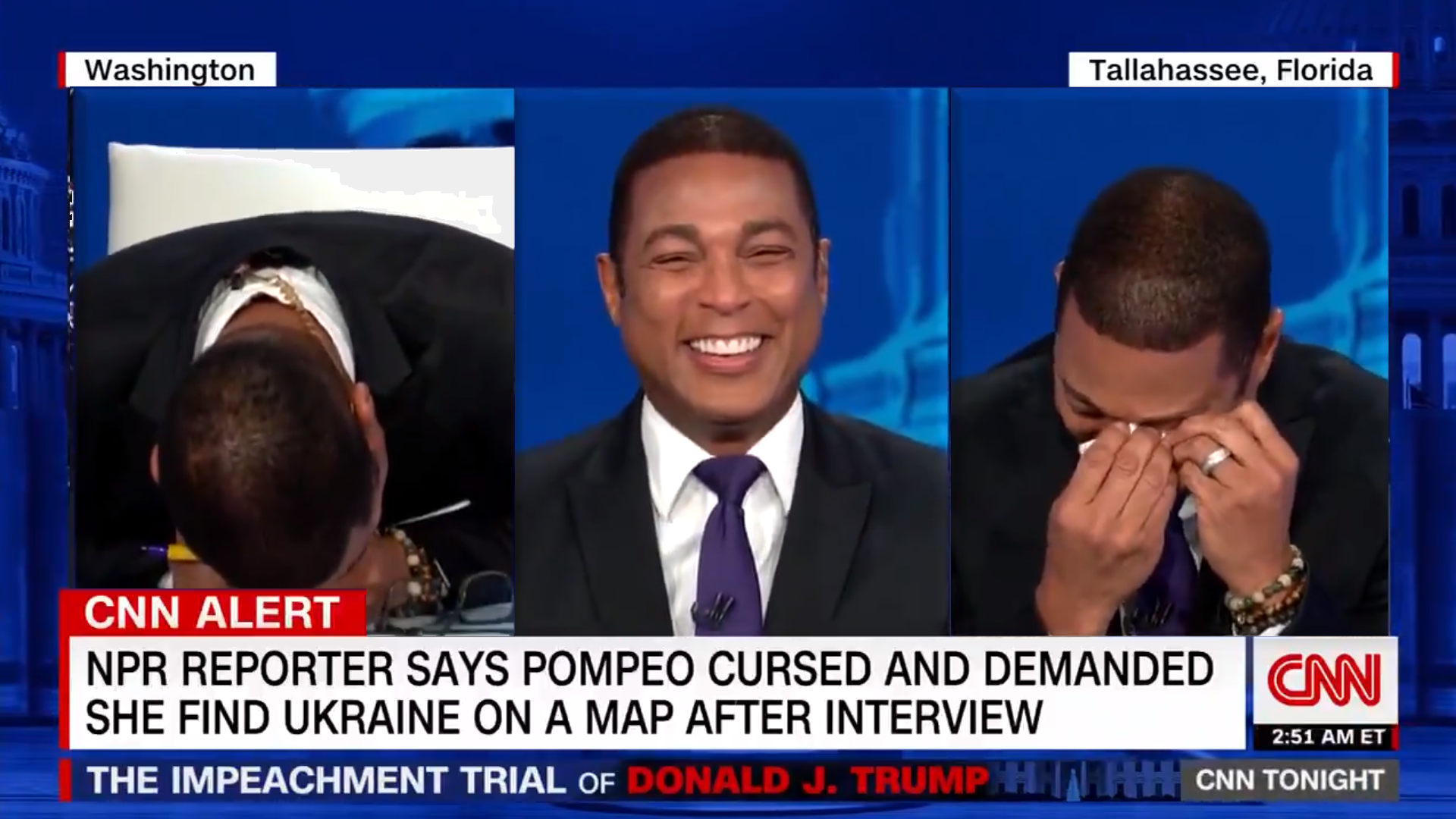 Don Lemon, Former GOP strategist and never-Trumper Rich Wilson, and New York Times writer Wahahat Ali had quite the laugh Saturday night, at the expense of the southern and the uneducated.

A clip from over this past weekend has emerged of the three having a forced, but unscripted exchange on CNN after discussing reports that US Secretary of State Mike Pompeo “screamed and cursed” at a reporter, ordering her to point to Ukraine on a map.

“Look, he also knows deep in his heart that Donald Trump couldn’t find Ukraine on a map if you had the letter U and a picture of an actual physical crane next to it. He knows that this is, you know, an administration defined by ignorance of the world, and so that’s partly him playing to their base and playing to their audience, you now, the credulous boomer rube demo that backs Donald Trump, that wants to think that ‘Donald Trump’s the smart one, and y’all—y’all elitists are dumb.”

This joke, which left Lemon laughing for an entire 1 minute and 3 seconds and eventually wiping tears with a serviette on live television, eventually went to Ali contributing with a crude southern accent, mocking rednecks.

“You elitists with your geography and your maps and your spelling…your reading…knowing other countries…sipping your latte,” said Ali, before eventually apologizing for seemingly crossing a line.

Though online backlash was swift, the pundits felt no need to apologize, making a point not to. Ali posted to Twitter later, tweeting “Not going to apologize for it either. If you’re willing to believe and promote these absurd and dangerous lies, well, you deserve to be mocked for it.”

President Trump eventually retweeted the video, where Rick Wilson responded that “the most beautiful part of the entirely contrived phony bullshit outrage about that segment isn’t that I insulted the Maga demo. The best part is how they’re repeating the now-classic UCrane bit and amplifying a line that clearly made [Donald Trump] furious.”