WATCH: Southern Democrat being coached to hide the truth from voters

"It's not lying ... it's simply re-wording the truth" says a voice on-camera, advising someone off-camera on how to "relate" to "stupid" North Carolina voters. 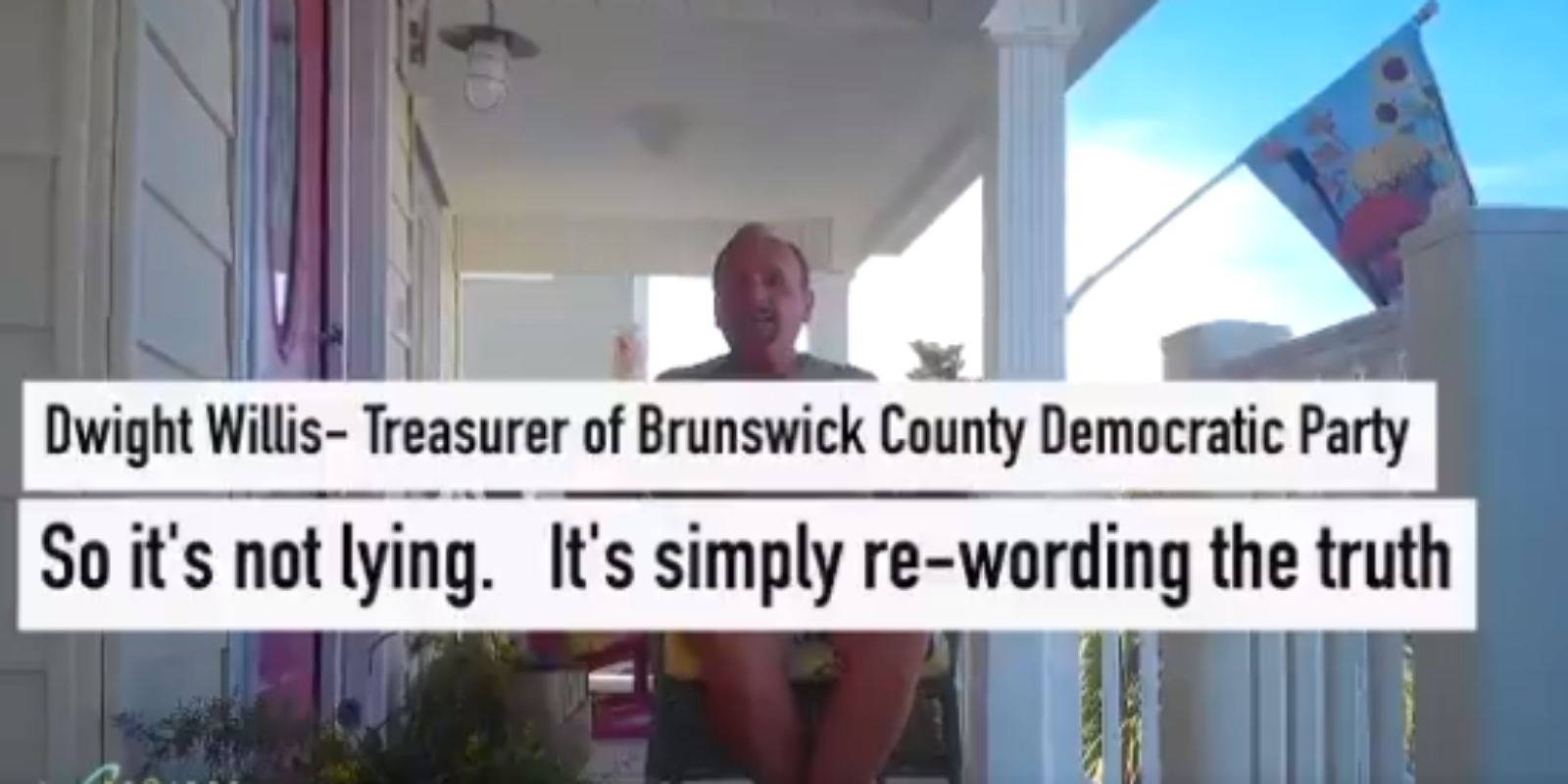 "It's not lying ... it's simply re-wording the truth" says a voice on-camera, advising someone off-camera on how to "relate" to "stupid" North Carolina voters.

The man in question giving the advice seen as dubious by many critics is the Treasurer of the Brunswich County Democratic party, one Dwight Willis. Willis appears to be giving some tips on how to deal with "not bright enough" North Carolina voters in video recently released by Project Veritas.

Some key excerpts from the video in the tweet above:

"In the South, we have to learn to mask our progressive ideas in other things"

"Don't talk about getting rid of fossil fuels."

"It's not lying ... it's simply re-wording the truth, so that the truth becomes more palatable to people who are not bright enough to understand the real truth"

"... to be a left wing liberal, that's the kiss of death here for a politician."

"[Cal Cunningham, NC Senate candidate] is gonna vote right on 90 plus percent of the things that we think are important. He just can't say all of that now"

The vast majority of the responses to the tweet were some version of "that is lying", as seen here below:

Democrat Cal Cunningham is in a Senate race against incumbent Republican Senator Thom Tillis. By many counts, it's a statistical dead heat, despite Cunningham's affair with a married California woman being revealed to the public, possibly damaging his chances to win.