WATCH: Tim Scott blasts Biden, says Trump has 'the heart of what it makes to be a good president'

US Senator Tim Scott slammed Democrat presidential nominee Joe Biden's record, and said Trump has "the heart of what it makes to be a good president." 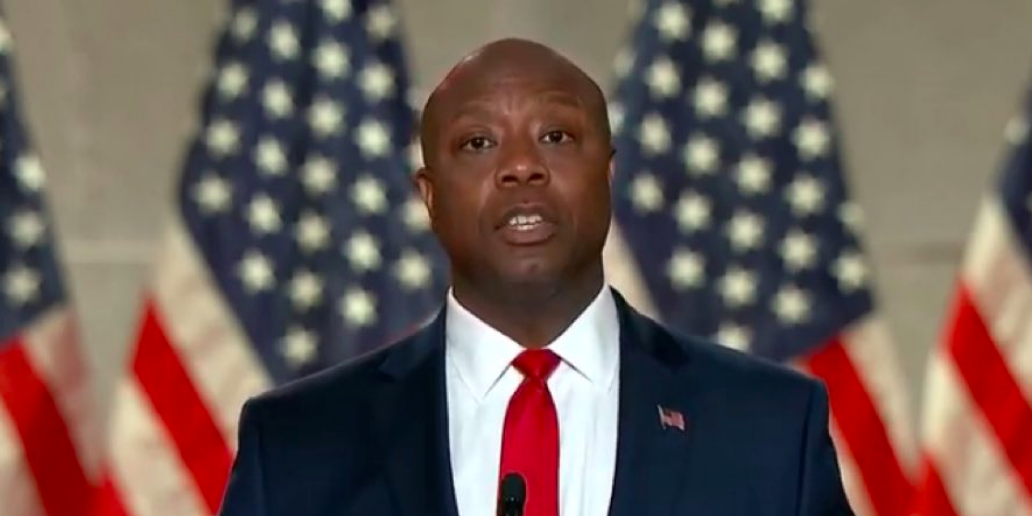 In his keynote speech at the Republican National Convention last night, US Senator Tim Scott (R-South Carolina) slammed Democrat presidential nominee Joe Biden's record, and said Trump has "the heart of what it makes to be a good president."

"We should spend every waking moment protecting this country by reelecting President Donald Trump," Scott told Fox & Friends Tuesday morning, in talking about his speech.

"Do we want a society that breeds success or cancels everything it even slightly disagrees with. I know where I stand because you see I am living my mother's American dream," Scott said. He shared that after his parents' divorce when he was  7-years-old, his mother worked 16-hour-days to provide for him and his brother.

"The truth is, our nation's arc always bends back towards fairness. We are not fully where we want to be but I thank God almighty—we are not where we used to be."

"I'm going to ask you… the American people, not to simply look at what the candidates say but to look back at what they’ve done," he said. "It is critical to paint a full picture of the records of Donald Trump and Joe Biden."

"Joe Biden said if a black man didn’t vote for him, he wasn't truly black. Joe Biden said black people are a monolithic community. It was Joe Biden who said poor kids can be just as smart as white kids."

Scott went on to talk about Biden's role in leading a crime bill in 1994 which put millions of black Americans behind bars. He said that Biden failed the nation's historically black universities and colleges.

"Joe Biden and Kamala Harris want a cultural revolution. A fundamentally different America. If we let them, they will turn our country into a socialist utopia and history has taught us that path only leads to pain and misery especially for hard working people hoping to rise."

Scott also touched on his grandfather's struggle as he was taken out of school when he was in grade three in order to pick cotton and was not given the opportunity to learn to read or write.

"Our family went from cotton to congress in one lifetime and that's why I believe the next American century can be better than the last."

Tim Scott is the first African American to be elected to both the US Senate and the US house in the history of the United States.